He enjoys walking in Katsuhira Heights.

Here is a photo taken on a spring evening there. 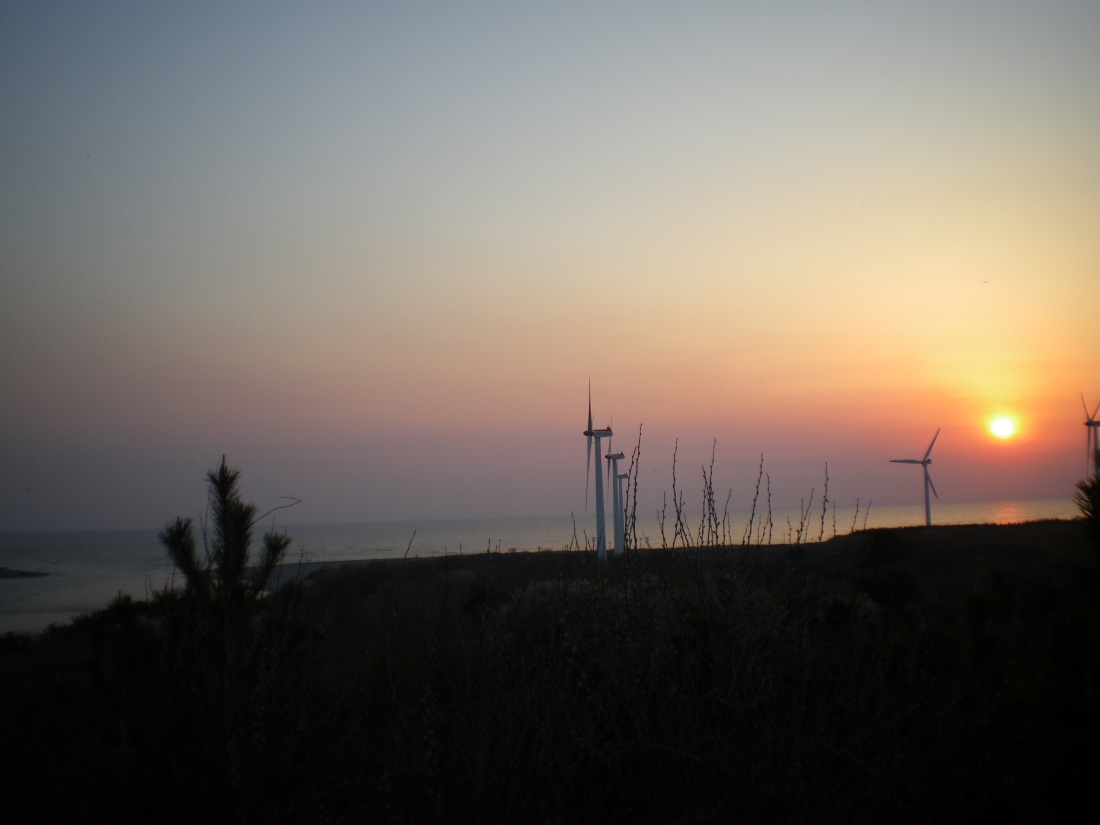 Seven years have passed since the first Japan-Russia haiku contest was launched  with the support of JAPAN CENTER IN VLADIVOSTOK (The branch of ANO “Japan Center” ) in 2012.

These seven years, more and more haiku have been sent to the contest from children, students, haiku lovers, and haiku poets of about 60 countries.

Now the Japan-Russia haiku contest is called ‘A New Haiku Movement for Peace’.

We sincerely hope that this haiku movement for peace will spread all over the world like “wave”, the theme of the 7th contest, reaching all the countries in the world.

And we also hope that you will participate in the movement, sending your haiku by e-mail to (shhiruta@nifty.com).

Here are guidelines of the 7th Japan-Russia Haiku Contest .

In 2012, the 1st Japan -Russia Haiku Contest was launched with the help of JAPAN

CENTER IN VLADIVOSTOK as one of the links with the cultural exchange between Japan and Russia, wishing to provide an opportunity to mutually share haiku related to the theme of “the sea” (The Sea of Japan) which connects Japan and Russia.

The organizer hoped that the contest would serve as an opportunity to deepen mutual understanding among people, to promote the interaction of people’s views on Japan and Russia, as well as to convey the enjoyment of reading or composing haiku.

The organizer also hoped that it would serve as an opportunity to strengthen and develop the sister city relationship between Akita and Vladivostok, as well as to promote and increase cultural exchanges between Akita Prefecture and Primorsky Region.

In 2018, the organizers sincerely hope that the 7th Japan-Russia haiku contest will flourish more worldwide, and that haiku can deepen mutual understanding and enjoyment of different cultures between those people who read or compose the poem.

As a result, the organizers wish haiku could help make the world peaceful.

Please submit your haiku according to the guidelines below.

Akita Prefectural Board of Education,

International Association of the Masters of Poetic Miniature

Eligibility: The contest is open to the public of any nationality in the world

Entry: Only one haiku is allowed to be submitted per haiku poet.

Theme:  “wave, or anything related to wave ”

Original, previously unpublished haiku should be submitted by e-mail. There are three sections of Japanese haiku, Russian haiku, and English haiku. One of the languages has to be chosen from among Japanese, Russian, and English in composing and submitting haiku.

writing your name, age, and nationality too.

2   If  you need the entry sheet, please send e-mail to shhiruta@nifty.com,

asking for the sheet.

Three winners of each haiku section will be notified by email at the beginning of October, 2018 and announced on the website of Akita International Haiku Network (https://akitahaiku.com/). Winner’s haiku and haiku of honorable mention are also posted with translations of the two other languages on the website.

Akita Prefectural Governor’s Award is presented to the best haiku in the Japanese section.

Akita City Mayor’s Award is presented to the best haiku in the Russian section.

Akita International University President’s Award is presented to the best haiku in the English section.

JAL Foundation Award and Akita Chamber of Commerce and Industry President’s  Award are also presented to one of the honorable mentions in each section by the sponsors above mentioned.

Each winner is presented with the certificate and prize.

Please inquire by e-mail only.