on the sea bed

around the girl bather’s neck

In my eye a reflected sunray

from an empty shell

the sand and the scent of salt

flows into my room

the wind entangled itself

in the blooming tree top

when facing the moonlight

Dawn – under the street lamp 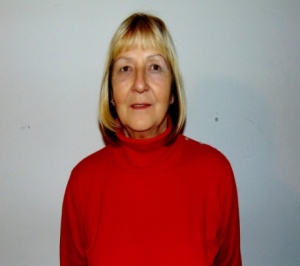 Sonja Buljević was born in Rijeka on September 20, 1949. The Grammar school she graduated from is in the town Rijeka (Zamet*). Afterwards, she entered the Secondary School for educators, with the goal of becoming a teacher. Love for language led her to the Pedagogical Academy, where she graduated in the Croatian Language and librarianship.

After graduation, Sonja Buljević worked in Grammar Schools in her native town, cherishing her love for language, especially for her hometown’s Chakavian dialect. Her life’s path has taken her to the town of Buje, on the peninsula of Istria, where she spent most of her working years at the Grammar School Mate Balote, as a teacher of Croatian till her retirement.

Thereupon, Sonja Buljević discovered haiku poetry and fell in love with it, writing haiku, haibun and tanka. Haiku has become her unfailing source of inspiration and motives from Nature in her environment. With her haiku she takes part at almost all the haiku competitions and recitals in Croatia, and abroad. Sonja Buljević is included in the Anthology of Croatian Haiku An Unmown Sky 2 (Ivanić-Grad, 2018).

Her love towards literature she has successfully transferred to her pupils, being proud of her attainment. They have taken part at a large number of literary and haiku competitions, gaining high results, often recognized and awarded for their work.