Marshall Hryciuk is a Canadian haiku poet. On November 28th,, 2009, I met him and his wife Karen Sohne, a haiku poet, who has written haiku in English for over 20 years.

It was at a symposium by the Haiku International Association (HIA)（国際俳句交流協会） in Tokyo that we met for the first time. The title of the symposium was Haiku Worldwide – Present and Future. We talked about haiku and made friends with each other at the party.

Marshall Hryciuk contributed his haiku book, “Arizona to Crete” to me at the party.

This haiku book looks like his travelogue he wrote during his journey with his wife by car from Arizona to Crete. 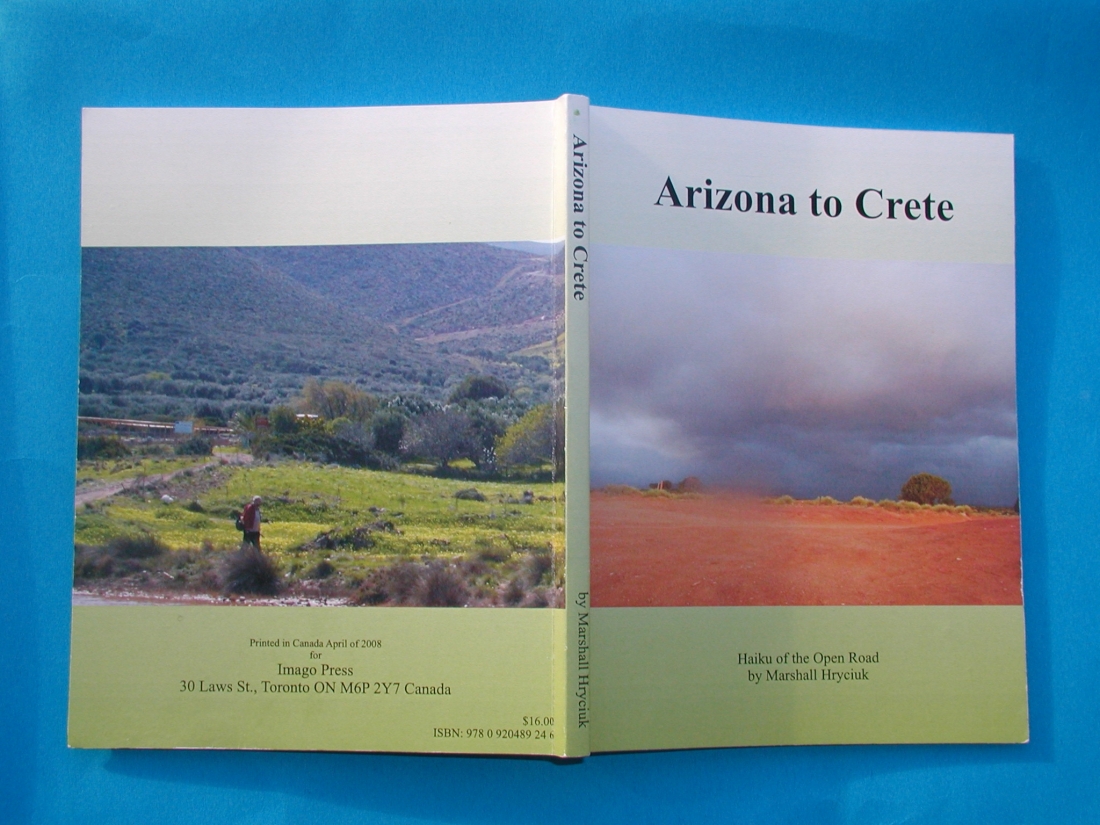 The photographs on the front cover, “Monument Valley” and on the back cover, “Off Butterfly Gorge” were both taken and contributed by his wife, Karen Sohne.

I found that haiku by Marshall Hryciuk are very beautiful and very exciting when I translated them into Japanese.

the whistle of pines above us

off to the side

bones from a salmon

vultures circling over the crest

of a pock-marked precipice

morning after our salmon dinner

Last of all I post haiku by Karen Sohne.