In May, 2013, the Akita International Haiku Network held the 2nd Japan –

Russia Haiku Contest with the help of JAPAN CENTER IN VLADIVOSTOK, providing three language sections for haiku submission: the Japanese section, the Russian section, and the English section.

This is because the 1st Japan-Russian Haiku contest ended in a great success. The comments having been given on the contest, some of them said that it should be held every year. And others said that all haiku lovers in the world should be given a chance to join such a global haiku contest.

As a result, 624 haiku were submitted as follows.

304 haiku were submitted for the Japanese haiku section from 4 countries : Japan, Russia, Romania, and Ukraine.

On October 12, 2013, the award-giving ceremony was held at the library hall of the Far Eastern Federal University in Vladivostok as part of the haiku conference, with the results of the 2nd Japan-Russia Haiku Contest announced.

Here is a photo of three Russian haiku lovers who attended there, having submitted their haiku to the contest.

At the conference, Mark WILLIAMS, vice president at Akita International University gave a lecture, whose title is “There is neither ‘entrance hall’ in the house nor ‘Kannon’ in UK: translating the literature by Shusaku ENDO into English.”

In conclusion, he said as follows.

It is very difficult to translate Japanese haiku into English. It is possible to give a literary translation, but it is almost impossible to convey what haiku means from the Japanese viewpoint. This is because of the differences in the languages as well as in the cultures. However, we could appreciate haiku from our own viewpoints, making the most use of imagination. This might lead to better mutual understanding beyond the gaps of the cultural differences.

The other panelists, Kazuhiro KUDO, Ibuki AIBA, and Hidenori HIRUTA gave talks about haiku from their viewpoint, such as Ishii Rogetsu’s works of haiku, teaching Japanese through haiku, and so on.

Here are three haiku by students, to whom Ibuki AIBA teaches Japanese at Akita International University. 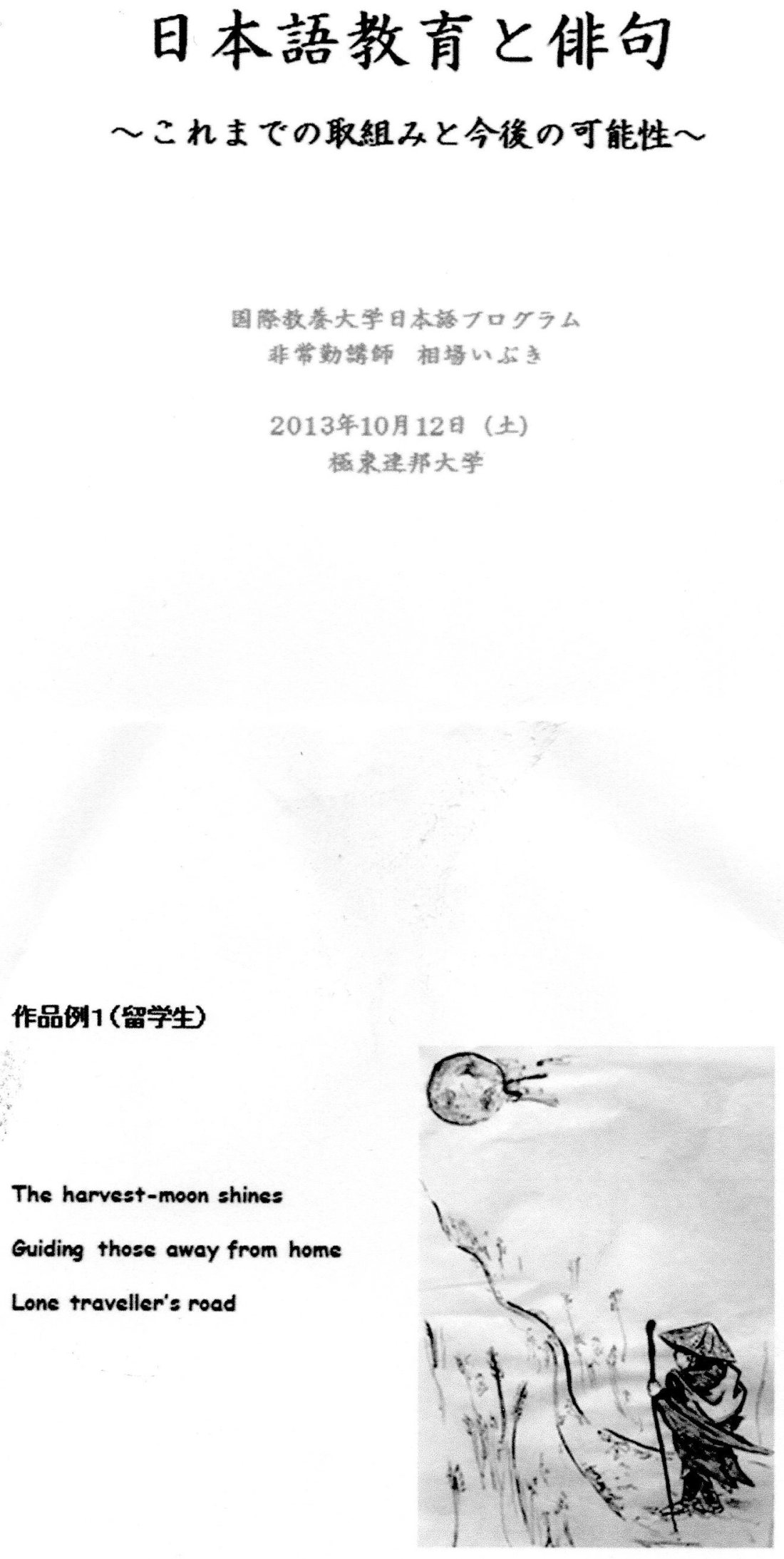 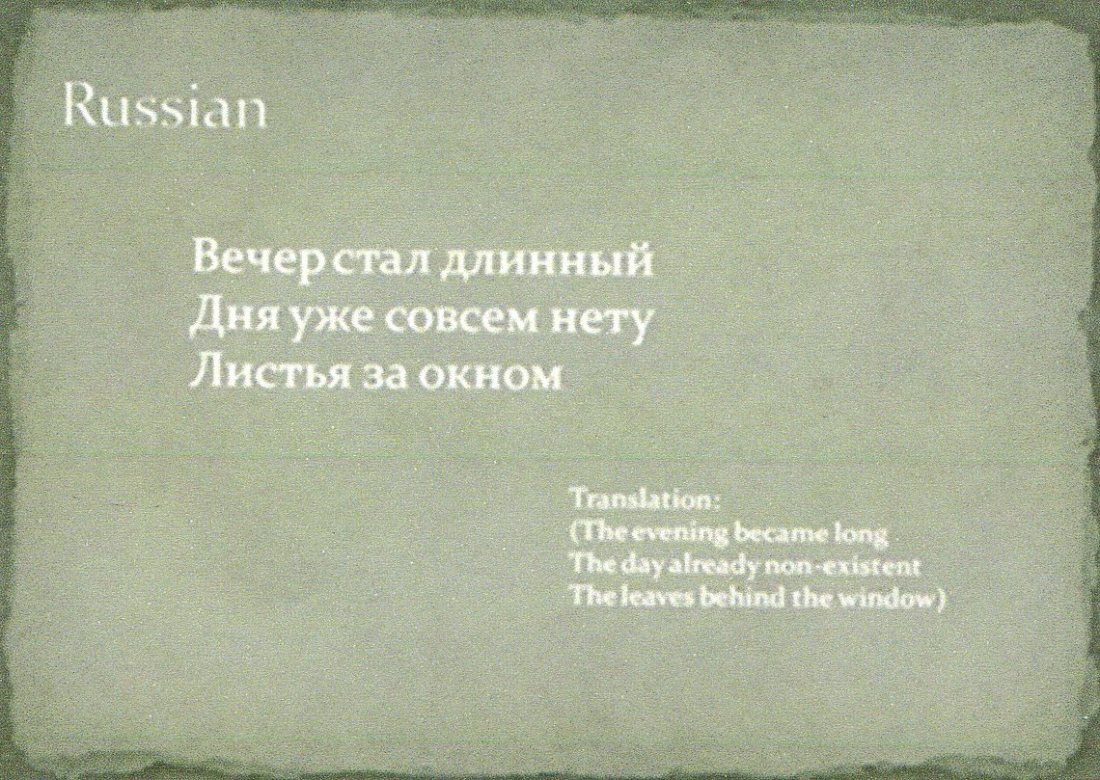 The panelists from Akita, Japan, enjoyed haiku walks there in Vladivostok during their stay.

Here are four photos with haiku by Hidenori HIRUTA （蛭田秀法）. 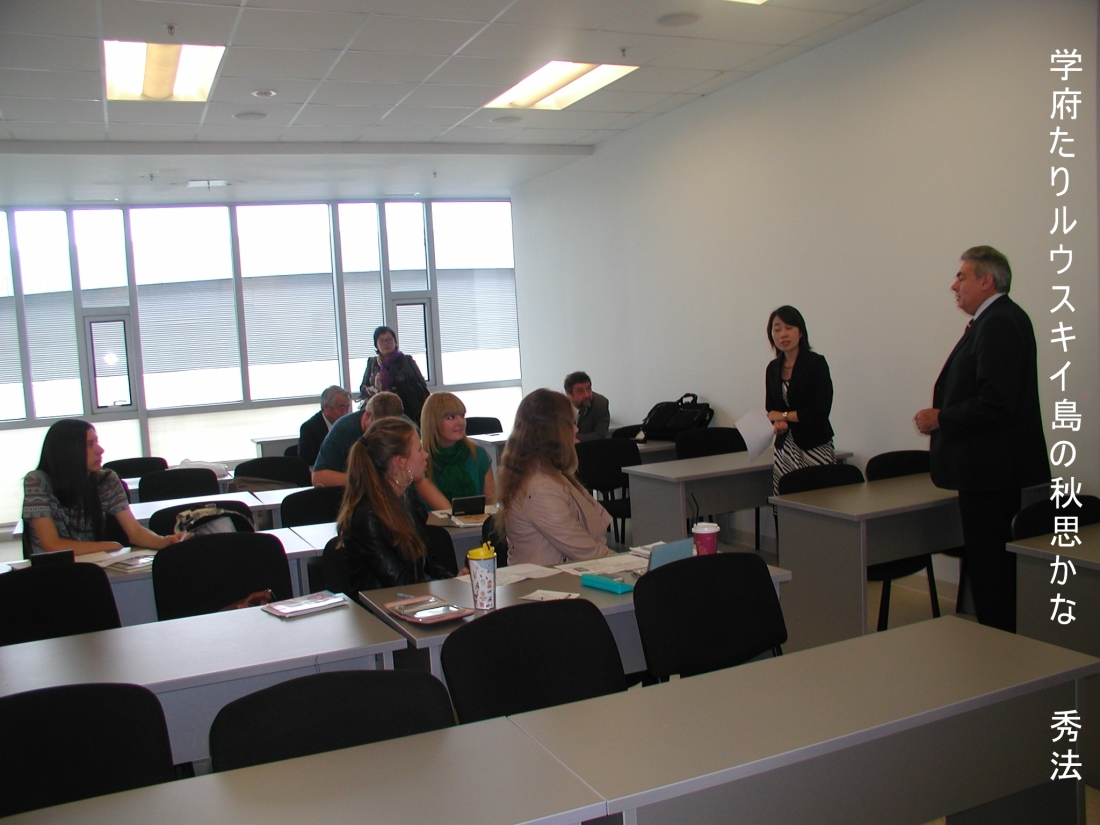