In May, 2014, the 3rd Japan -Russia Haiku Contest was held in celebration of the 29th National Cultural Festival in Akita 2014.

Only one haiku was allowed to be submitted per haiku poet, and there were three sections of Japanese haiku, Russian haiku, and English haiku.

One of the languages had to be chosen from among Japanese, Russian, and English in composing and submitting haiku. Haikuists and haiku lovers were expected to submit their haiku so that they could share them with each other, deepen their mutual understanding, and that their haiku could be of some help to make the world peaceful through the mutual understanding.

634 haiku were submitted for the Japanese haiku section from Japan, Russia,  Argentina, and Romania.

442 haiku were submitted for the English haiku section from 46 countries:

On October 25, 2014, the award-giving ceremony was held at the lecture hall of the Akita International University in Akita as part of the international haiku conference, with the results of the 3rd Japan-Russia Haiku Contest announced.

fading from its center

Ramesh Anand kindly sent a photo, in which the certificate of merit and prize are taken there.

Ramesh Anand is an engineer from Bangalore, India. He works for Philips healthcare as a manufacturing test strategist. His haiku, tanka and haiga have appeared in 15 countries and translated to 8 foreign languages.  He released his first book of haiku poetry in 2012 called Newborn Smiles, published by Cyberwit.  Akita Sakigake Shimpo President Award, Honorable mention in International Matsuo Bashō Award, Dr. Sandeep Chauhan Commendable Prize by RLP Award 2013 are his latest awards. He is a member of IN haiku group.

Ranjana Balachandra Pai is an aspiring Nature and wildlife Photographer. Her work can be followed at
http://fineartamerica.com/profiles/ranjana-pai.html

Here are photos with haiku presented to the Akita International Haiku Network. 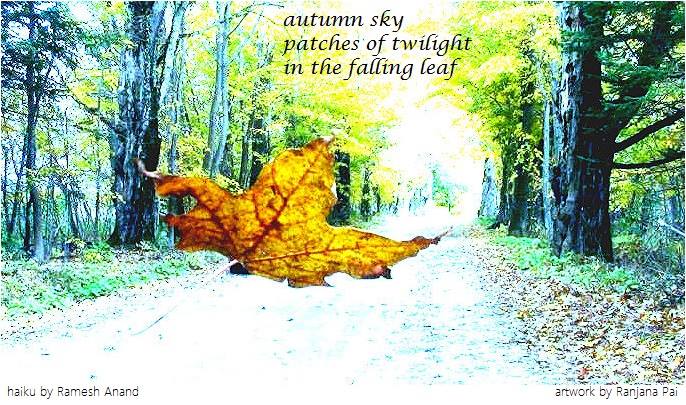 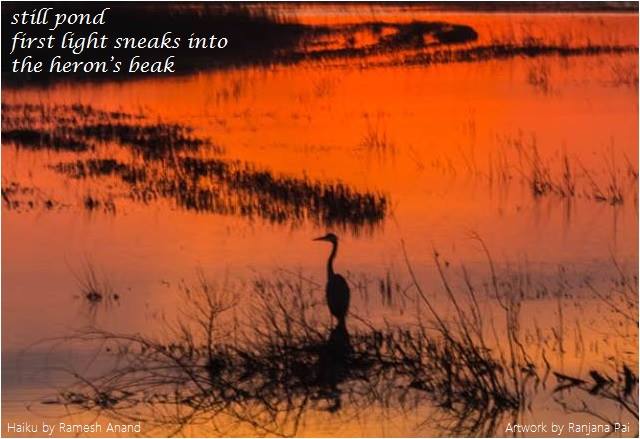 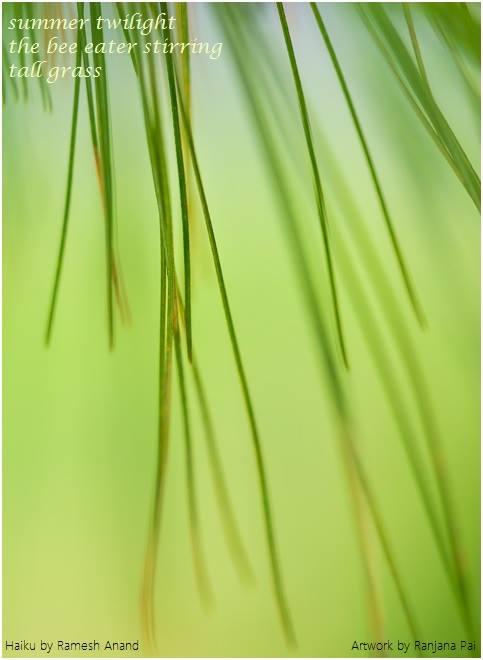