On October 25, 2014, the 1st international haiku conference was held at the Akita International University in celebration of the 29th National Cultural Festival in Akita 2014.

The next day, October 26, Dr. Akito Arima, an avid haikuist and former education minister, spoke on how to write haiku at the workshop, and guided poets from Russia, England, Canada and Japan on a haiku walk through colored trees, writing haiku.

After that, they shared haiku with each other, voting their favorite haiku. And the haiku selected by Dr. Arima were read aloud. 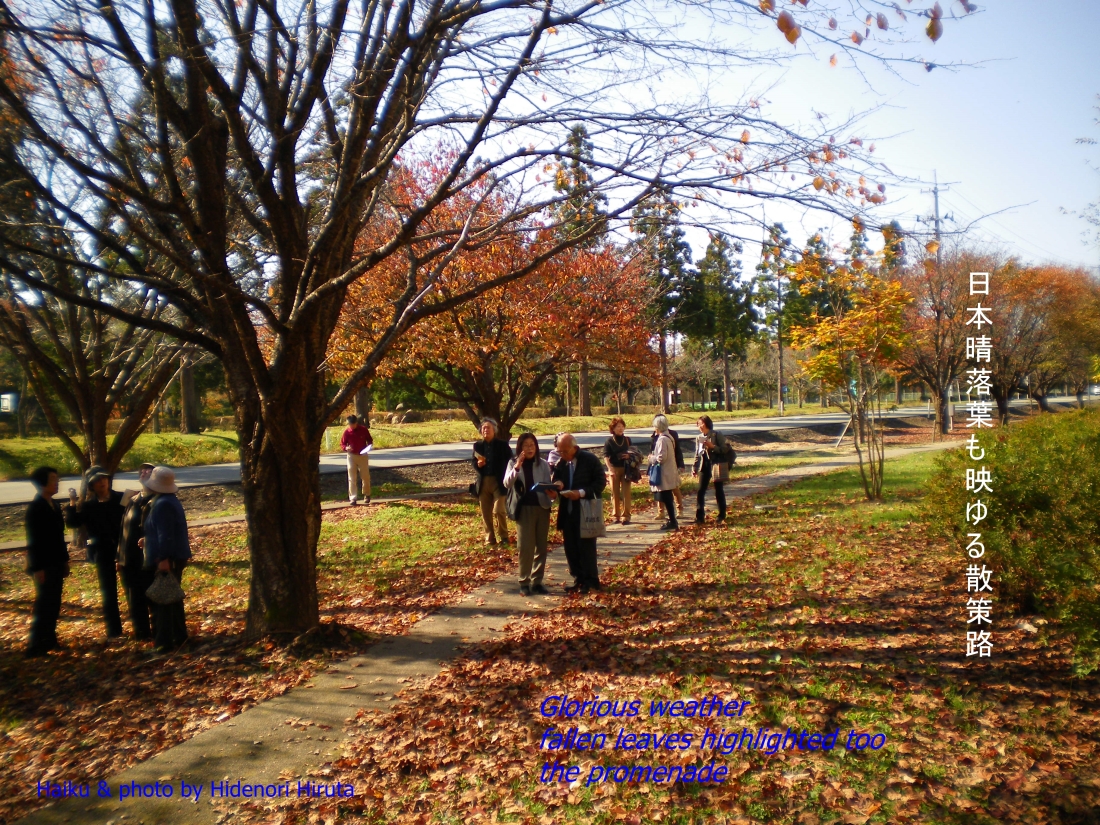 At the conference, the award-giving ceremony of the 3rd Japan-Russia Haiku Contest was held with the results announced.

Adjei Agyei-Baah delightedly spoke to attendees via Skype from Ghana when he received his award from the president of the Akita Chamber of Commerce and Industry. 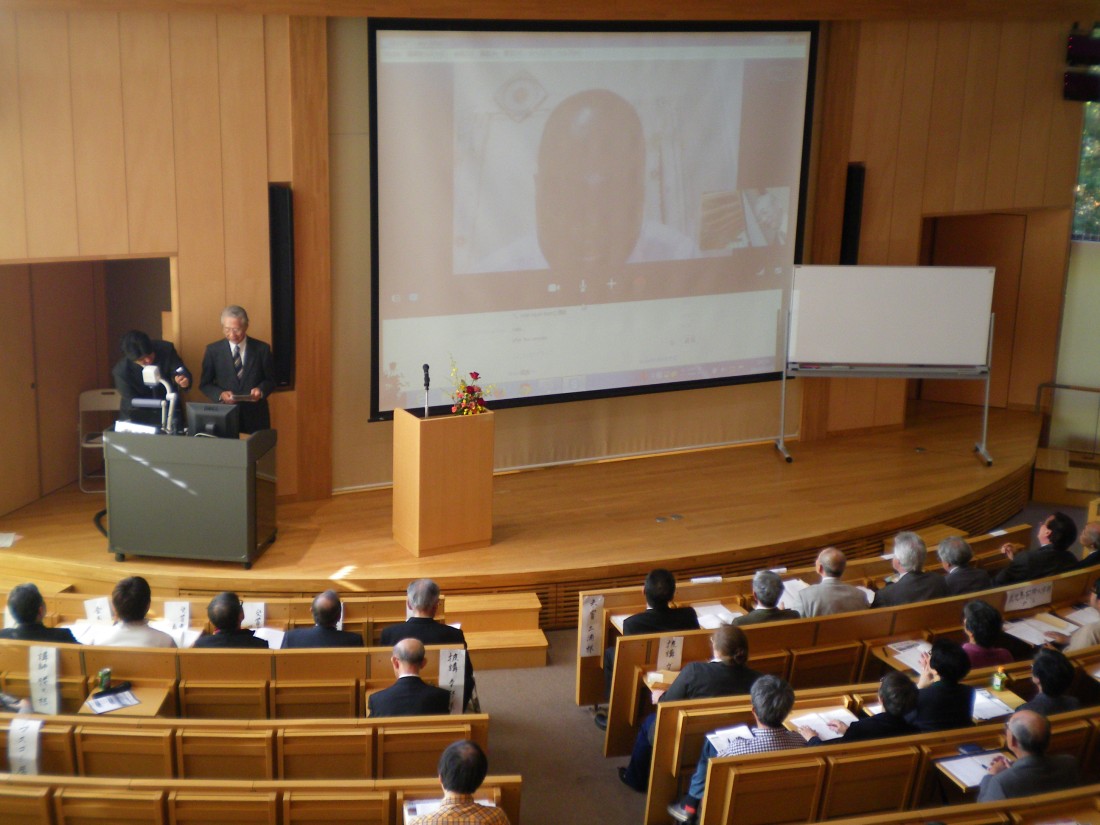 lifting a cup of nest

Dr. Akito Arima , the president of the Haiku International Association, addressed academics in an effort to convince them that haiku should be added to UNESCO’s Intangible Cultural Heritage list.

Dr. Arima reassured students in the audience that haiku can be composed by everyone, from the man in the street to the likes of Swedish poet Tomas Transtromer, the Nobel laureate of literature in 2011 who penned at age 23: disappearing deep in his inner greenness/ artful and hopeful. Later in his career he penned in Swedish:

and the frogs sang in the bogs

By stressing that haiku can deepen mutual understanding and enjoyment of different cultures between those people who read or compose the poem, he garnered support for his idea that “haiku can help make the world peaceful.” 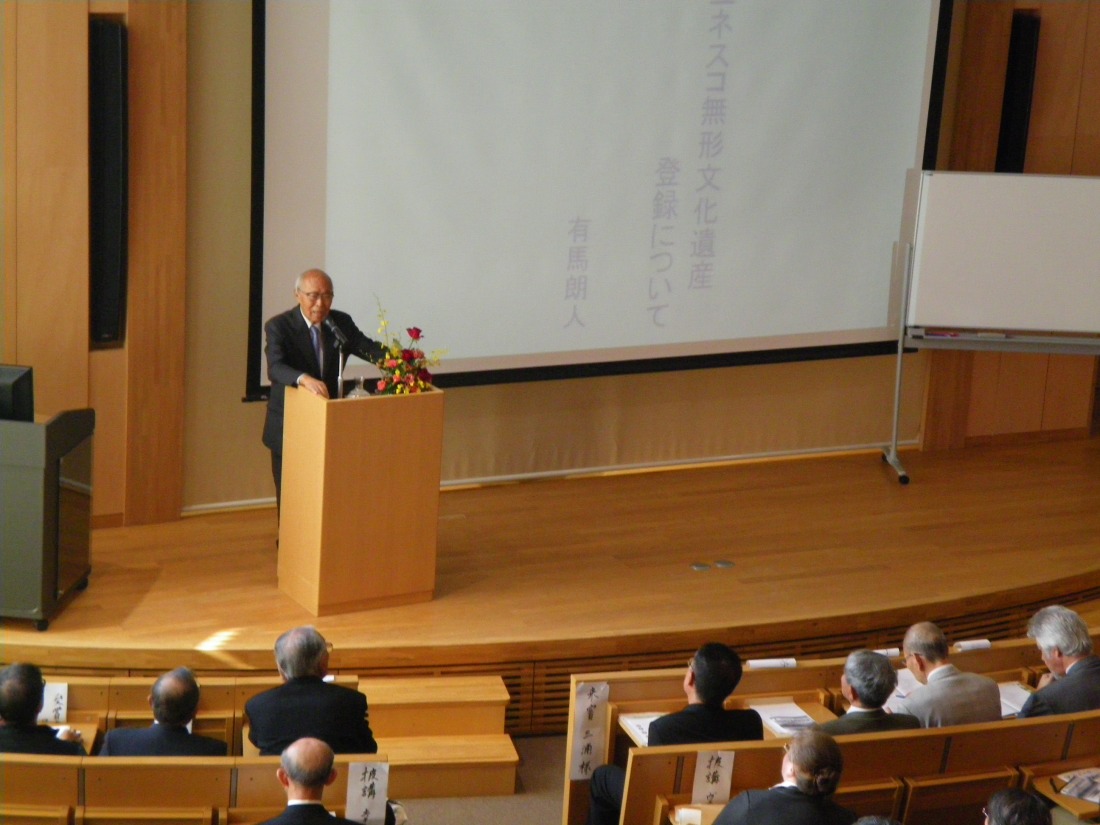 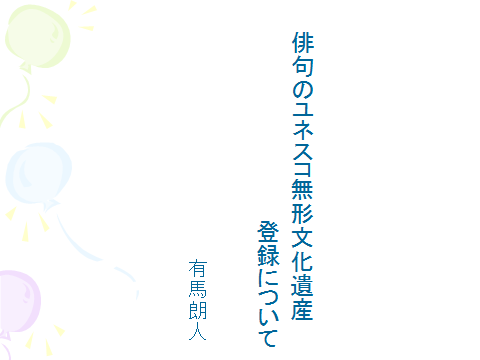 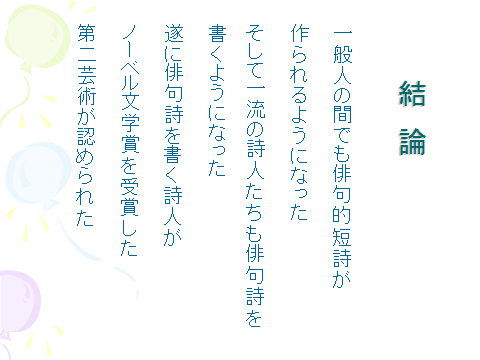 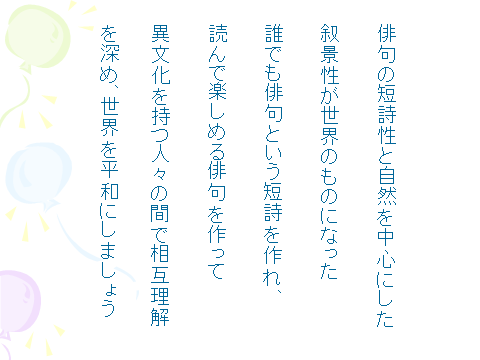 Hidenori Hiruta, the Secretary General of the Akita International Haiku Network, reported that it might be challenging to have haiku acknowledged by UNESCO, because not only does Arima need to persuade the Cultural Affairs Agency and local governments in Japan to back his bid, but “he may also need to gather consent from haiku communities around the world.”

Hiruta is a member of a Japanese haiku group : Ten’I (Providence) （天為）led by Dr. Akito Arima（有馬朗人）, whose pseudonym is Shutou（秋稲）.

Here is Hiruta’s Japanese haiku, which appeared in the haiku magazine by Ten’I (Providence) on March 1, 2014.

Here are two English translations of Hiruta’s Japanese haiku above.

U.S. Ambassador to Japan Caroline Kennedy judged the English haiku on the left hand in the above photo as the second place in the first U.S. – Kagoshima Spring Haiku Contest held to celebrate her first official visit to Kagoshima on Feb. 26, 2014.

In a speech made at the International University of Kagoshima, the ambassador told 300 participants who had gathered for the event that she believed “words and ideas can change the world.” 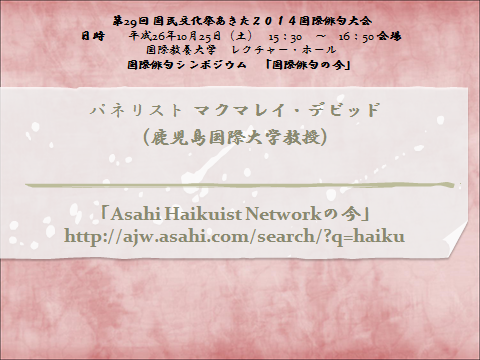 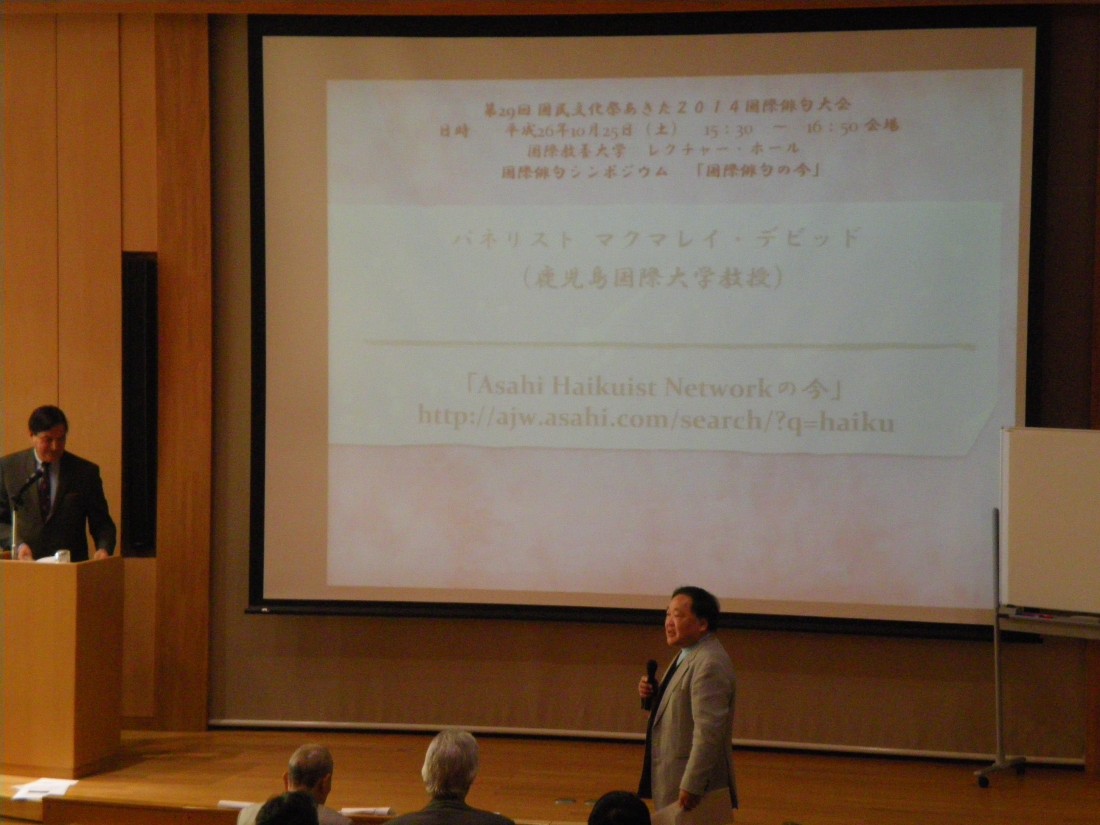 And the report appeared on the website of the Haiku International  Association as David McMurray’s Column “Support for UNESCO haiku bid.”

Professor McMurray also referred to the international haiku conference held at the International University of Kagoshima on November 3, 2015 in celebration of the 30th National Cultural Festival in Kagoshima 2015.

Dr. Akito Arima is going to speak on the topic “Haiku should be added to UNESCO’s Intangible Cultural Heritage list” in the Kagoshima conference, and Hidenori Hiruta takes part in the symposium as one of the panelists.

Professor McMurray sincerely hopes that you will attend the conference, submitting your haiku to the contest, whose theme is “trees”, and that you will enjoy Kagoshima, discovering more there.