On November 3, 2015, Hidenori Hiruta took part in the panel discussion of the Only One Kagoshima Tree Haiku Contest festival held as one of the 30th National Culture Festival Haiku events at the International University of Kagoshima.

Then, Hiruta had a chance to talk about the signatures of 106 haikuists from 15 different countries, who signed to support the initiative to have haiku recognized as important cultural world heritage at the Second International Haiku Conference in Poland, 17 May 2015, at the 19th Haiku Meeting in Croatia, 13 June 2015, and at Gathering of haiku poets in the Castle of Zrinski in Croatia, 12 September 2015.

Here are copies of PowerPoint used in Hiruta’s presentation.

On September 12, 2015, Gathering of haiku poets was held in the Castle of Zrinski, Brod na Kupi, Delnice, Croatia.

this autumn, Croatian haiku poets met in the town of Delnice, county of Gorski Kotar – The green heart of Croatia, for the third time. This gathering adorns a large number of the grammar school children’s works, which you may witness yourself in the joint collection enclosed herewith. Poets from 43 Croatian towns sent their work to the haiku competition.

The theme were: a butterfly, the river.

In the name of the adult poets and the children who will carry haiku on in the future, we hope haiku will soon be on the UNESCO’s Intangible Cultural Heritage List. For, we have become a large family, connected by haiku. And that’s the wealth we have to care for and preserve for the future generations.

Here is a copy in the references used in Hiruta’s presentation.

There is a bronze statue of a kamikaze pilot standing in the Peace Park near Chiran Peace Museum for Kamikaze Pilots （知覧特攻平和会館）.

On May 3, 1974, the Chiran Tokko Irei Kensho Kai (知覧特攻慰霊顕彰会 Chiran Tokko Memorial Association) unveiled this statue based on the design of Ioki Ito, a judge for the Japan Fine Arts Exhibition.

The inscription on the base of the statue says “tokoshie ni” (とこしえに forever).

A plaque next to the statue gives the following information:

These brave men must have gone while thinking of their country and parents and hoping for eternal peace.

The kamikaze pilot “Forever” was erected through kind people from around the country.

A brave man who disappeared south of Kaimon,

We pray that his spirit rests in peace forever,

With the desire to immortalize his brave figure.

The Tokkō Peace Kannondō is a temple having a statue of Kannon, the Buddhist Goddess of Mercy inside.

The image enshrined within is a 0.58m（一尺八寸） replica statue of the Yumechigai Kannon (夢違観音 Dream-Changing Kannon), a National Treasure at Hōryū-ji. The names of the 1,036 kamikaze pilots are written on paper within her womb. 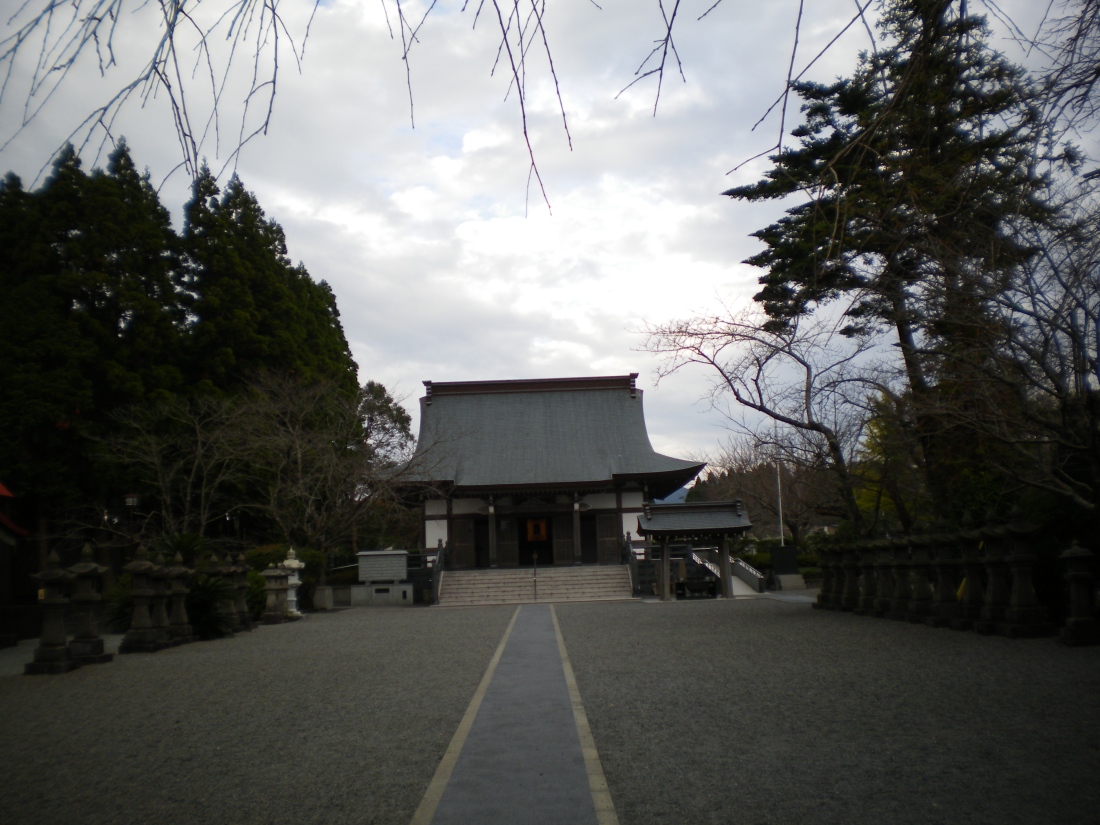 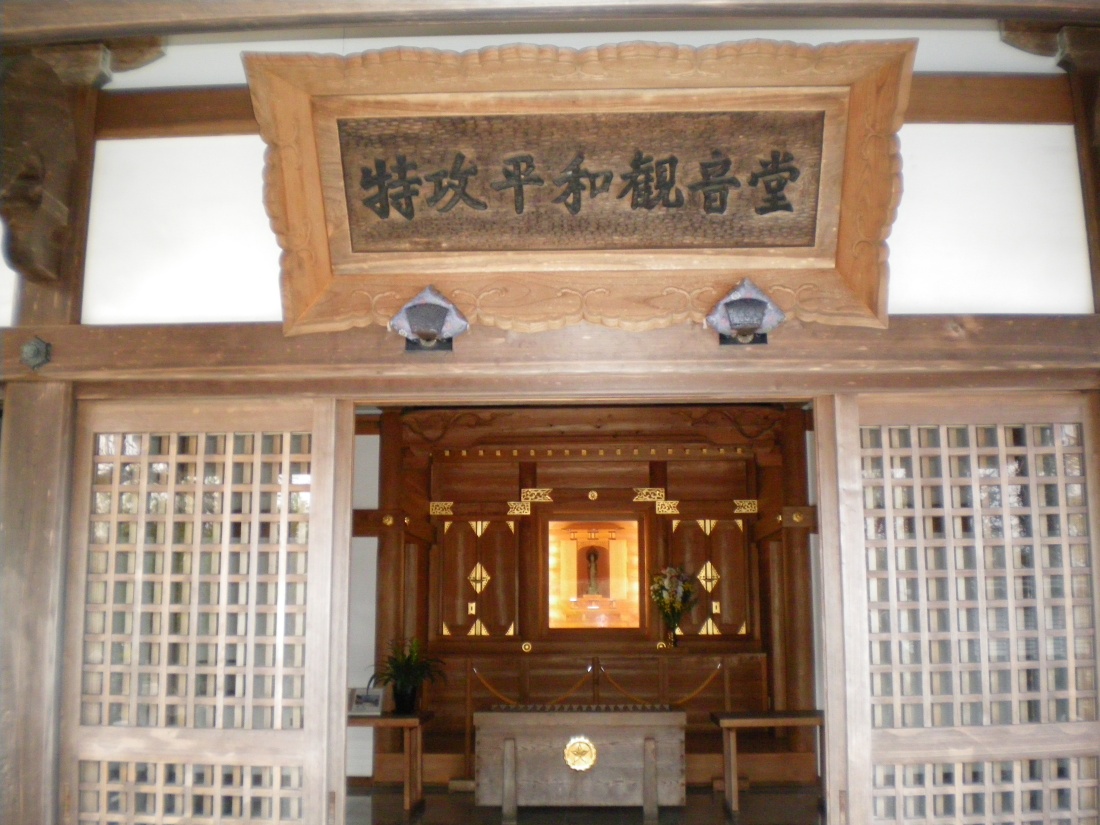 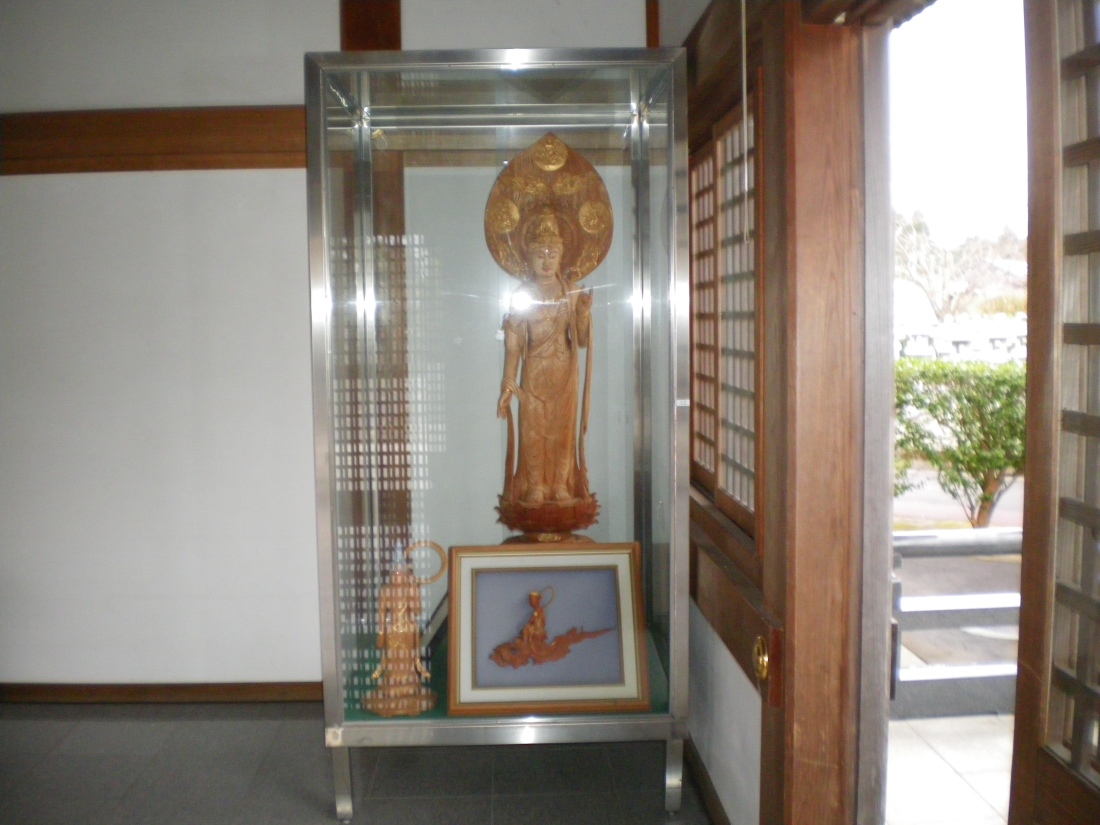 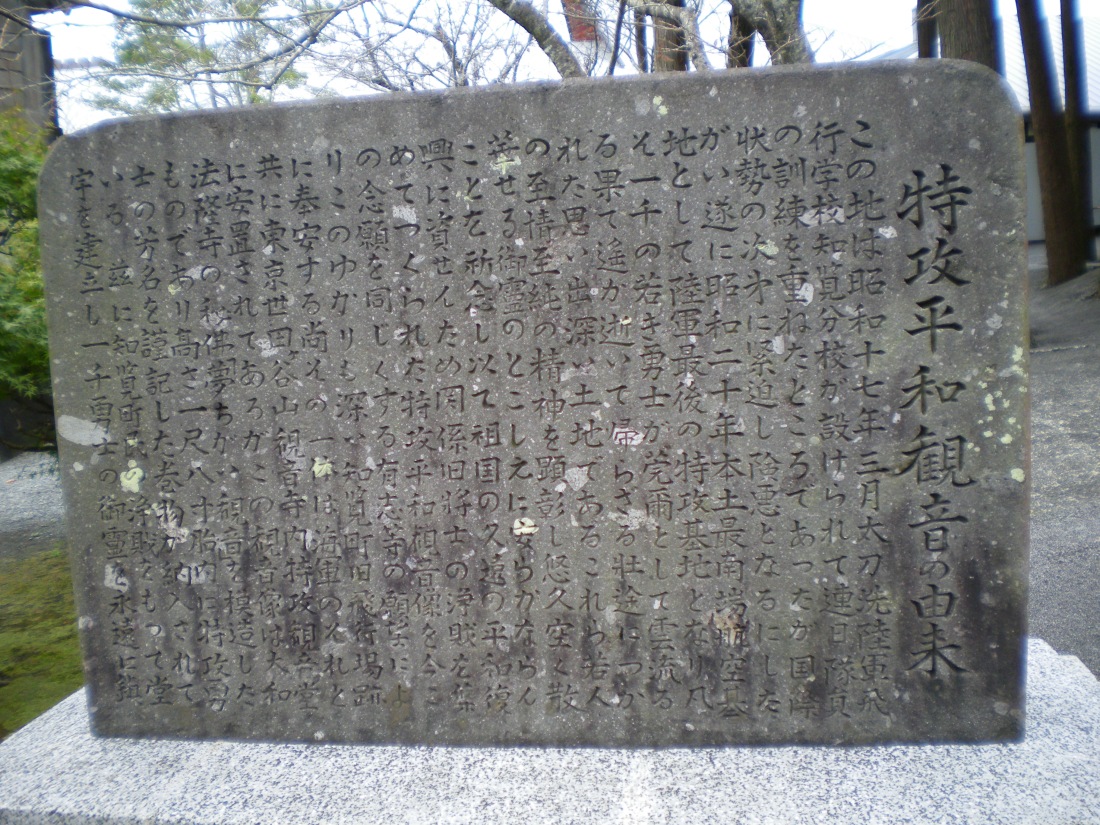 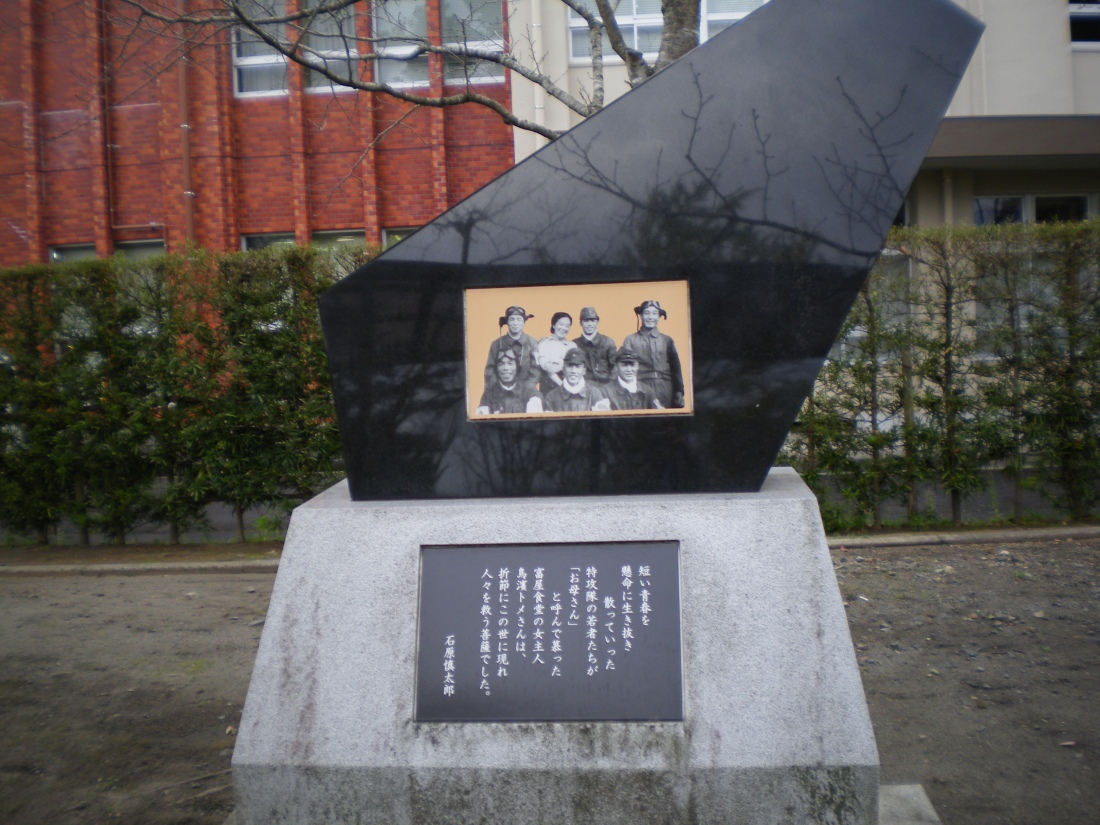 Lastly, here is a photo haiku Hidenori Hiruta made during his stay in Kagoshima （鹿児島）. 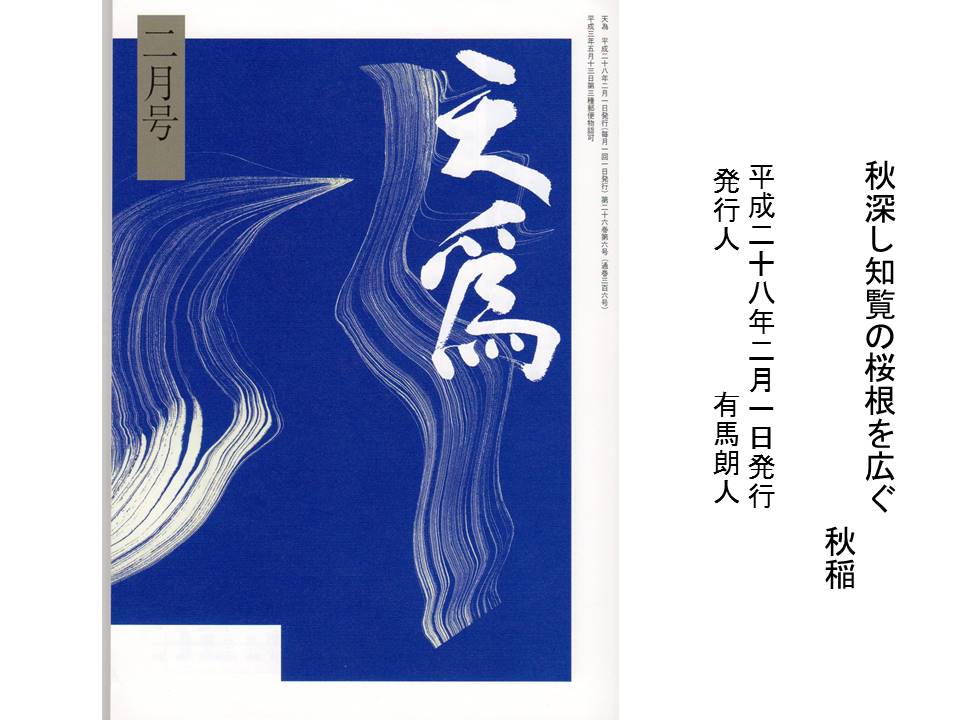