Here are the certificate and photo haiku. 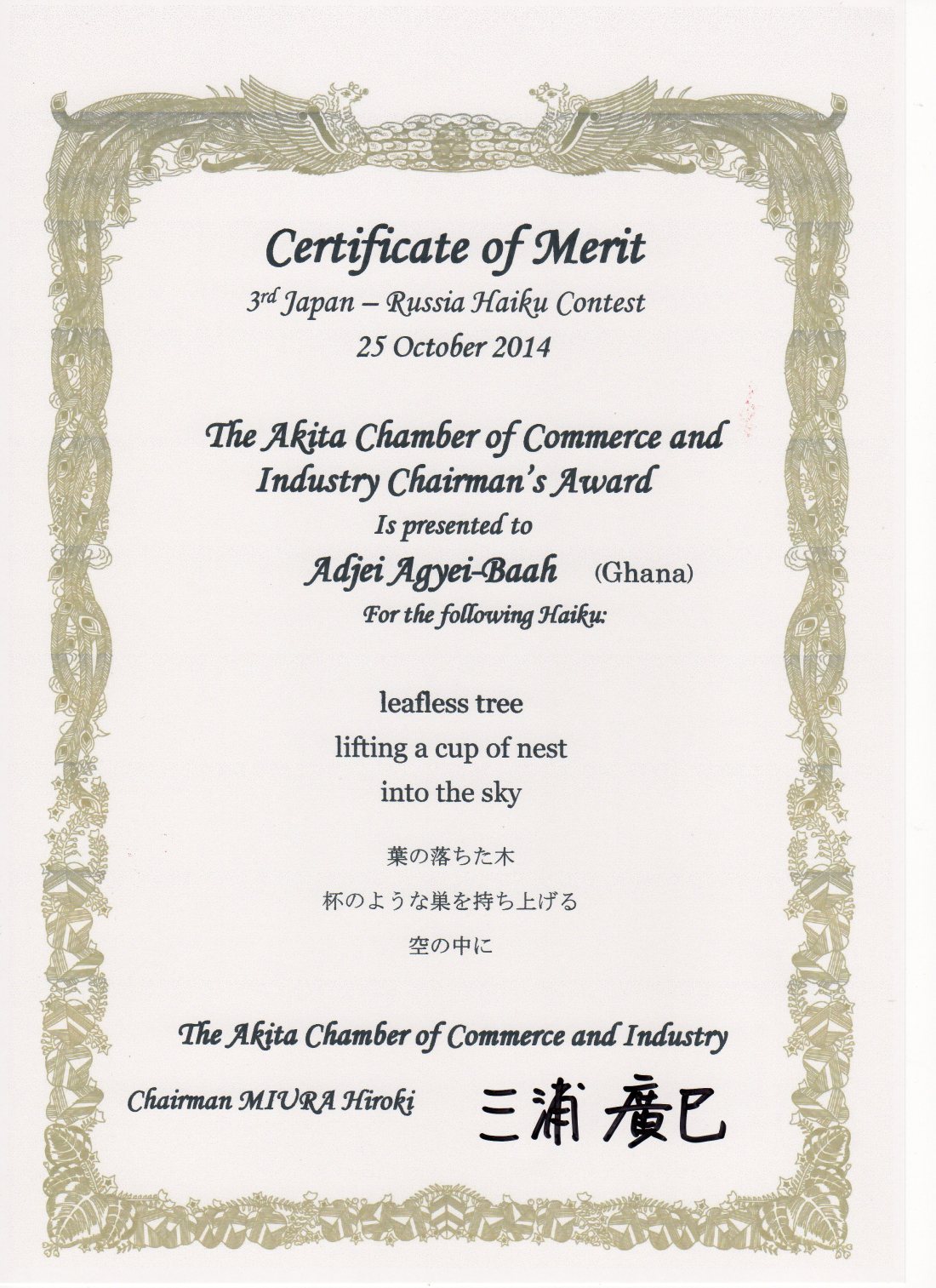 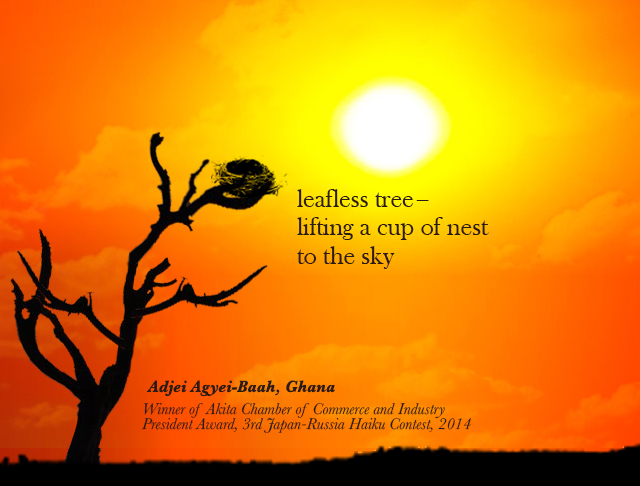 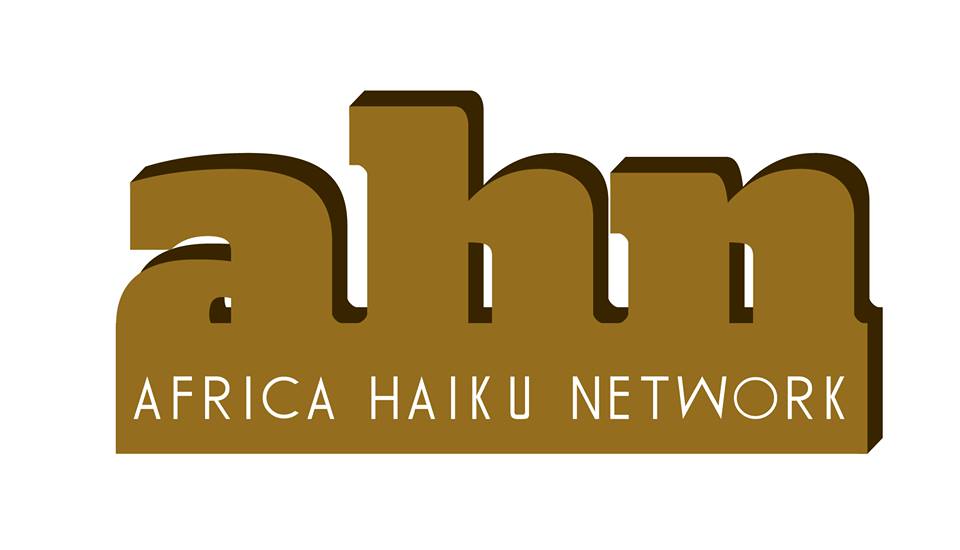 Africa Haiku Network is Africa’s most prestigious haiku community. A network that stretches from West Africa to Southern Africa and North Africa. A blossoming community of African haiku poets.

It was founded in 2015 by two great minds namely Emmanuel Jessie Kalusian and Adjei Agyei-Baah. The network is poised with the task of taming the relatively new form of poetry in the African climate: by telling the African story, depicting her sights and sounds through haiku. The network amongst other lofty goals, teaches interested persons and secular poets across Africa, the aesthetics of haiku usually at no cost. AHN is also a chief promoter of Afriku, an african form of haiku, and brain child of co-founder Mr. Adjei Agyei-Baah. It is also the sole publisher of The Mamba, a journal of haiku and haiku-related forms.

Some works presented to Akita International Haiku Network through Facebook 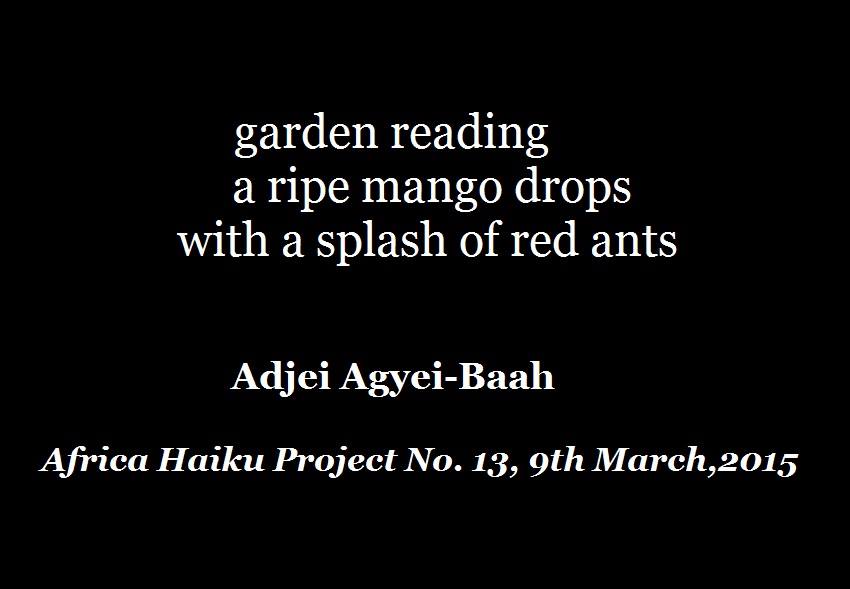 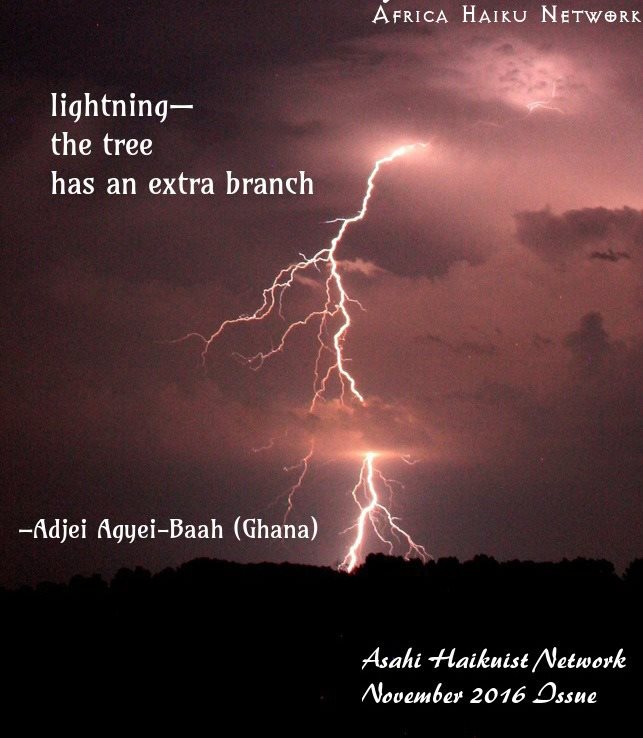