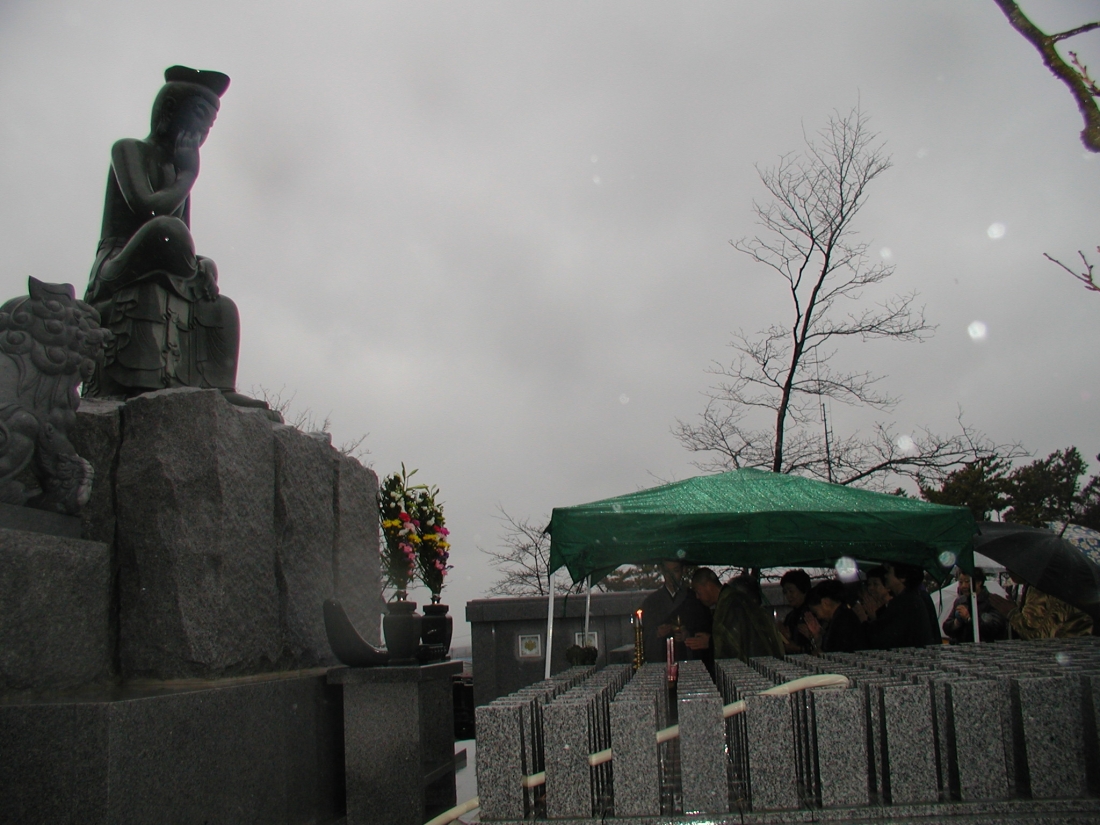 On April 8, Buddha's Birthday, there was a ceremony held for a newly-built image of Buddha in the graveyard of a Buddhist temple, Shouhei-ji (勝平寺), in Akita-city (秋田市), Northern Honshu, Japan. The chief priest Shunsai Takayanagi (高柳俊哉住職）at the temple of the Sodo sect of Buddhism（曹洞宗）, held the ceremony for the purpose of putting Buddha' … END_OF_DOCUMENT_TOKEN_TO_BE_REPLACED 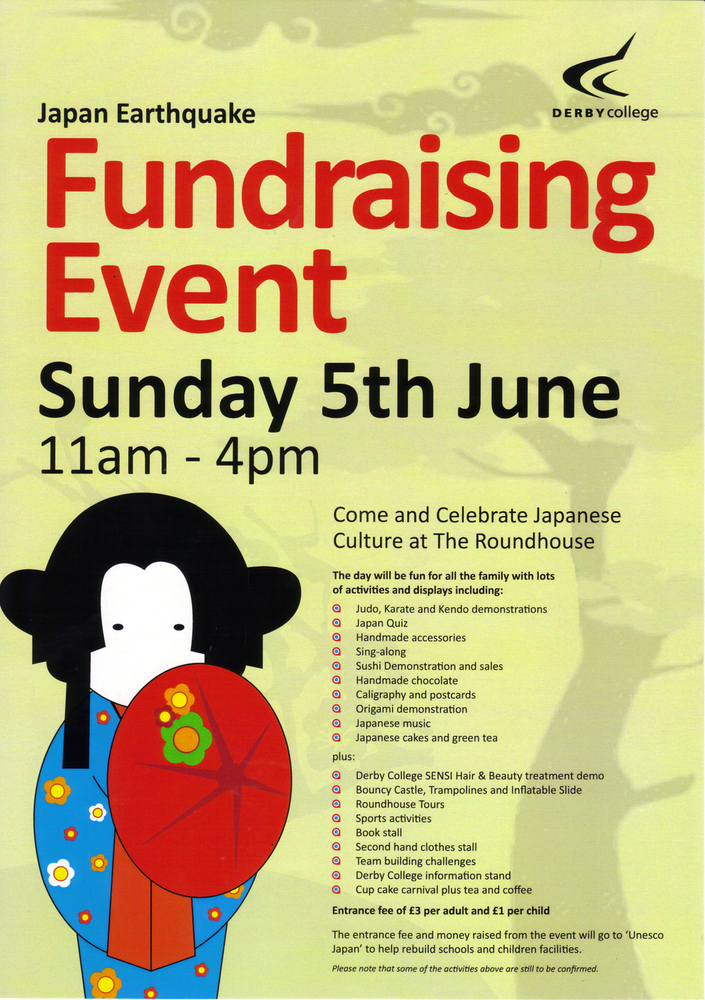 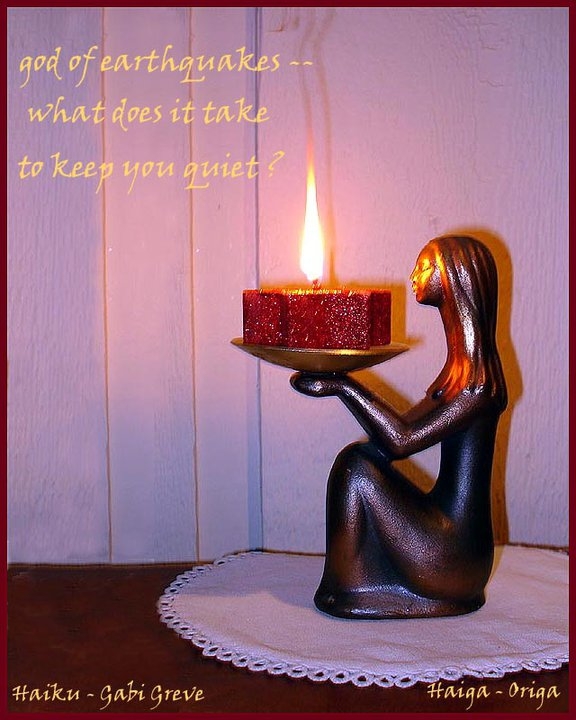 On March 11, 2011, we had the most powerful earthquake since records began, which struck the Pacific coast of Northeastern Honshu, Japan, triggering a massive tsunami.   Since then I have received e-mails and messages from haiku friends worldwide, in which they have sent their condolences and prayers through haiku, haiga, tanka, short poems, … END_OF_DOCUMENT_TOKEN_TO_BE_REPLACED