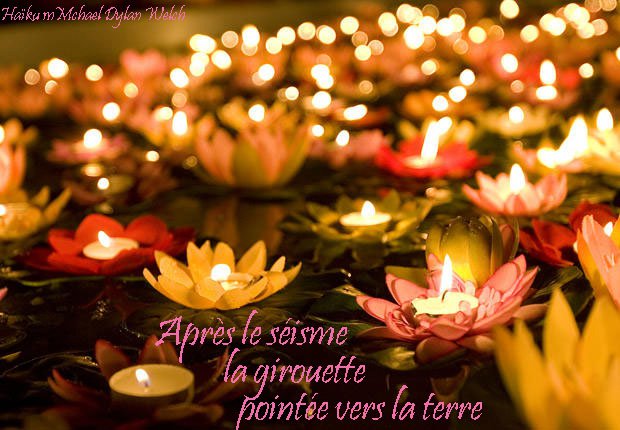 On March 13, 2011, Graziella Dupuy, a Facebook friend of mine, who is a French artist, contributed the following photo with French haiku.       Michael Dylan Welch, a haikuist friend of mine in USA, wrote the original haiku in English, which is translated into French by Graziella Dupuy.   after the quake … END_OF_DOCUMENT_TOKEN_TO_BE_REPLACED