On March 13, 2011, Gillena Cox, a haikuist friend of mine, in Trinidad and Tobago, kindly contributed a photo with haiku to me, giving us her thoughts and prayers after the March 11 earthquake and its tsunami

: Japanese and other affected areas my thoughts and prayers are with you.

On April 18, Francis Tugayé, a haikuist friend of mine in France, who is a French artist, contributed haiku and haiku pix to me, giving encouragement and prayers to us. This is because Francis loves Japanese culture so much.

Here are photos of his French haiku and haiku pic. 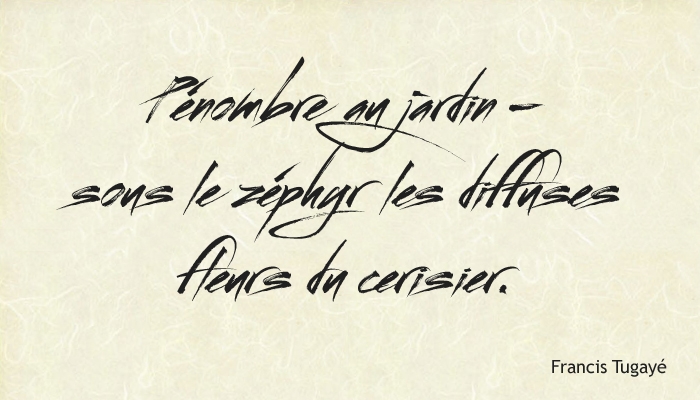 Francis Tugayé also contributed other pix about tsunami 津波to me 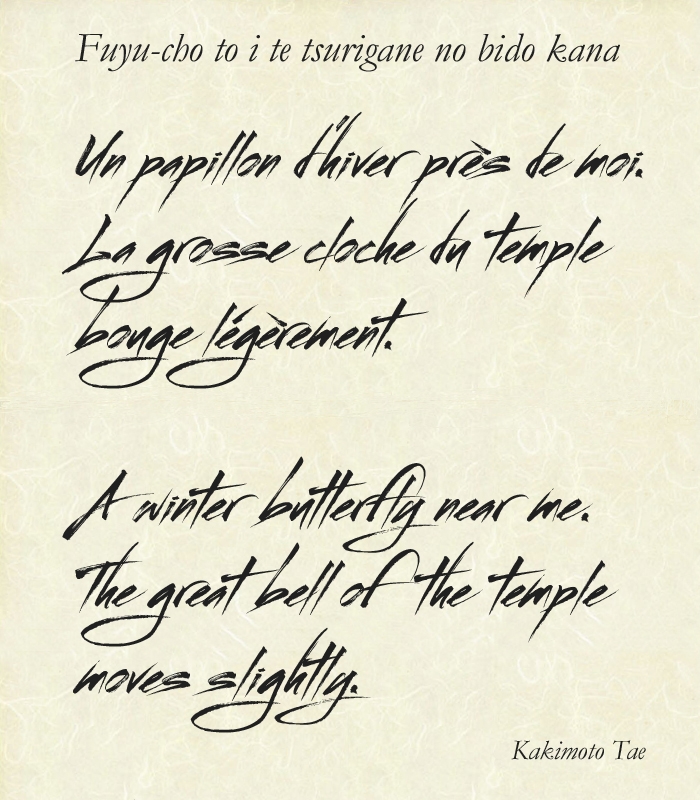 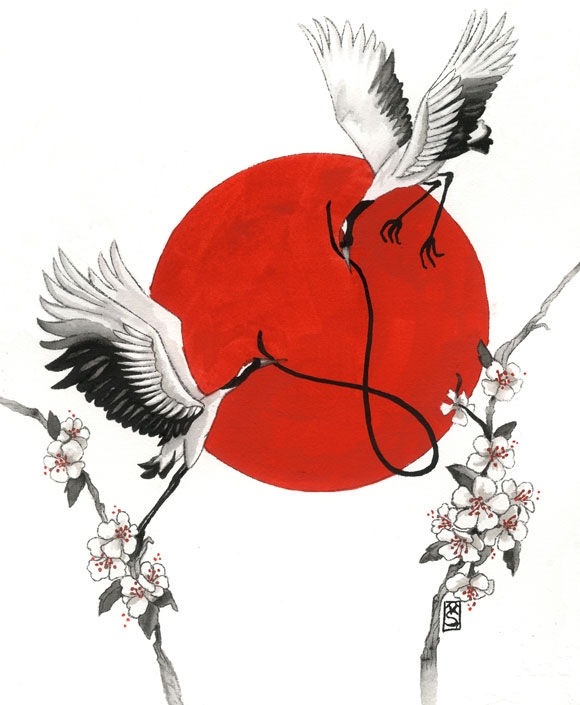 Here I would like to refer to the bird crane (Tsuru:鶴).

The crane inJapan is one of the mystical or holy creatures (others include the dragon and the tortoise), and is said to live for a thousand years. InJapan, it is commonly said that folding 1000 paper origami cranes makes a person’s wish come true. This makes them popular gifts for special friends and family.

Next, I would like to show you around Crane’s Castle, which is the former part of the guide. The latter part is shown in the coming article on July 9. 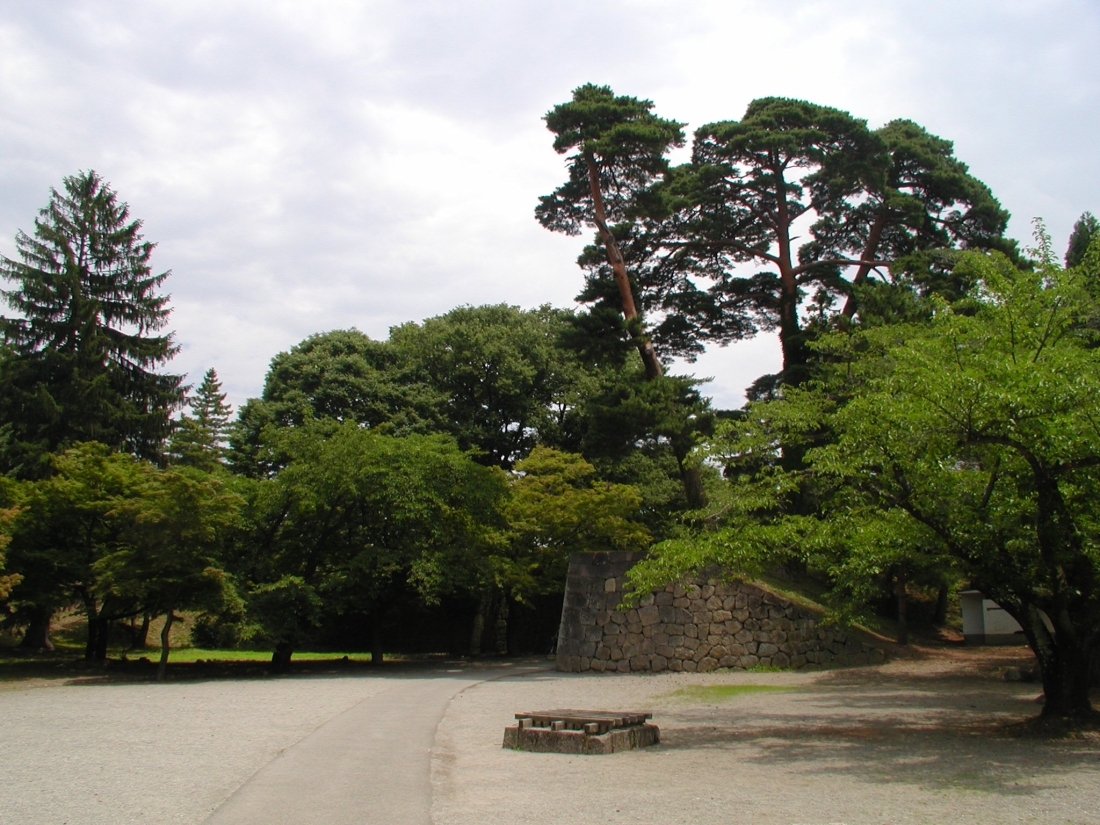 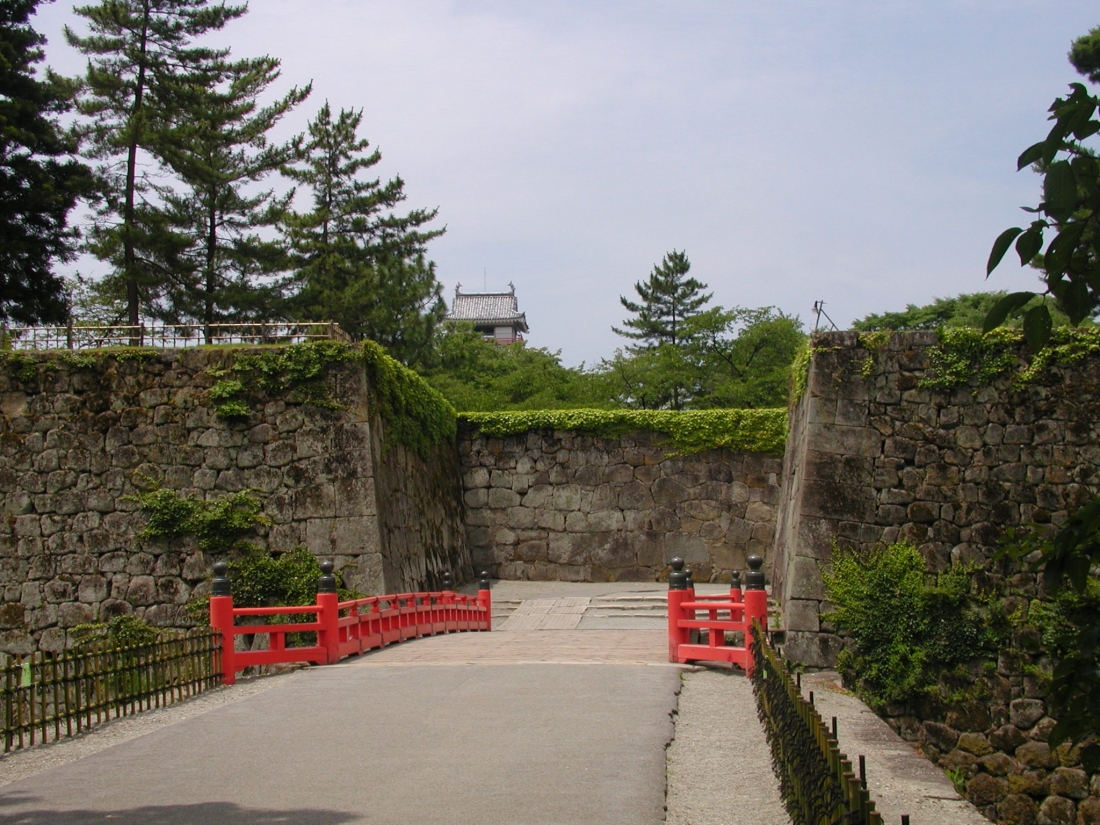 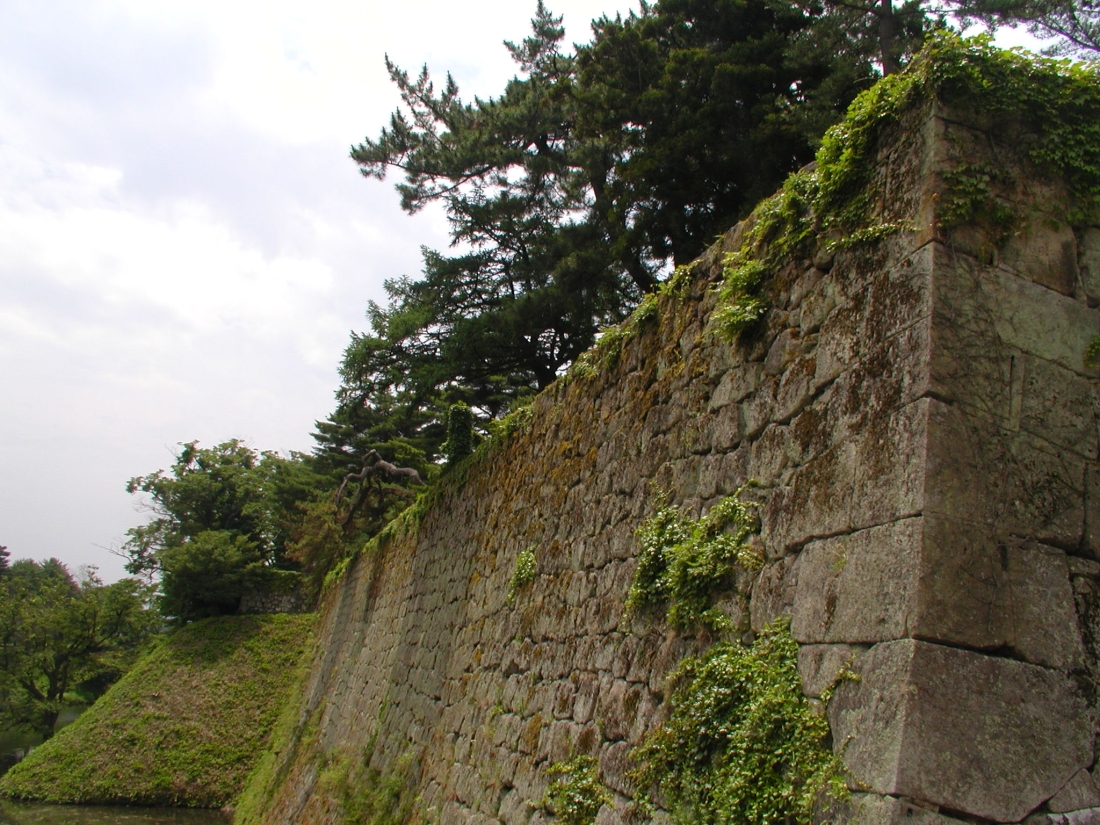 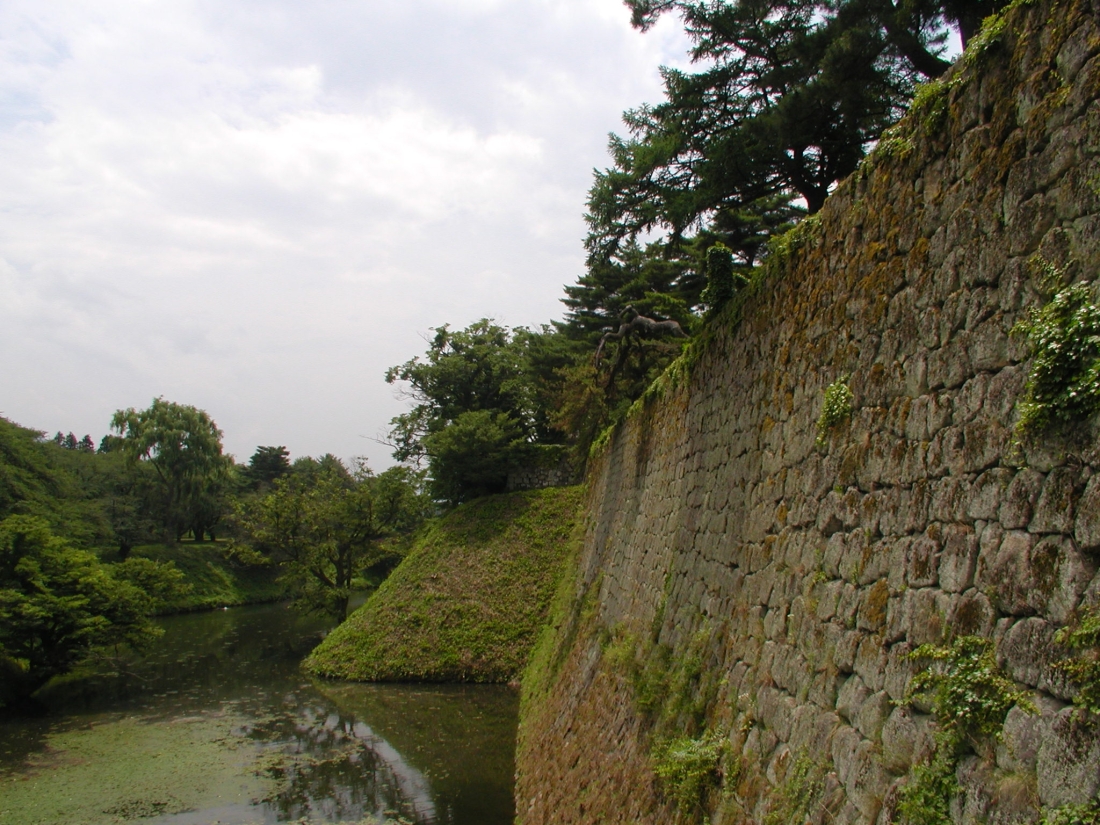 Last of all, let me post my haiku on Crane’s Castle.

on the stone walls

The next posting ‘Haiku about the Great East Japan Earthquake (11) ‘  appears on July 9.

6 thoughts on “Haiku about the Great East Japan Earthquake (10)”