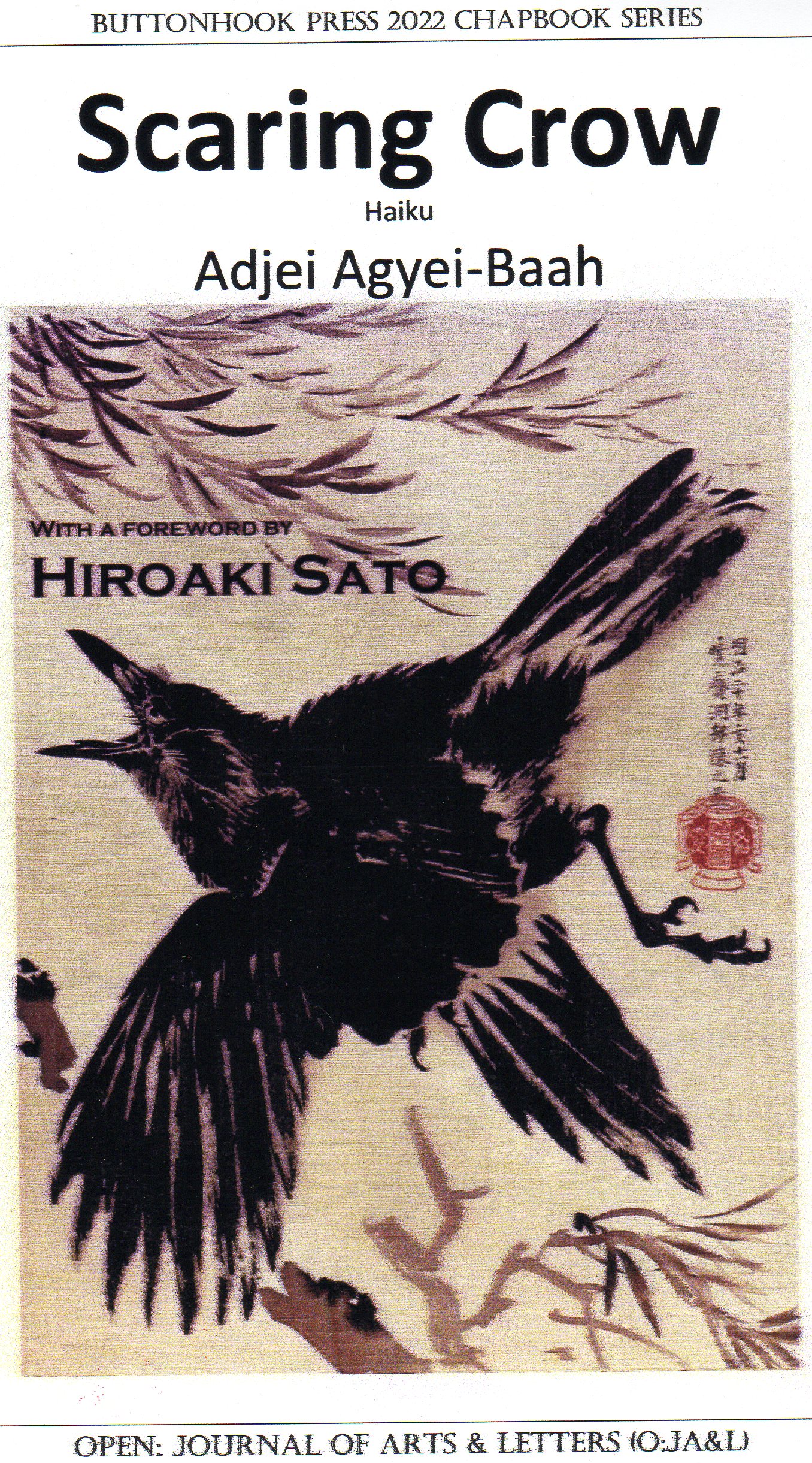 His book was dedicated to Paul MacNeil.

To the memory of a dear friend

Author of On Haiku

I have enjoyed reading 102 haiku in the book. Two haiku below remind me of the song of kakashi, 案山子, which we sang in music classes at our primary school.

Here are these two haiku.

the farmer’s child ties his kite

Here are the words of the song of kakashi, 案山子, which I learned in my childhood.

yamada no naka no  ippon ashi no kakashi

arukenai no ka  yamada no kakashi

One-legged scarecrow in paddy fields in the mountains

even though the weather is nice, wears a straw-hat and a straw-coat

from morning till night, just stands up.

Can’t he walk, scarecrow in paddy fields in the mountains?

yamada no naka no  ippon ashi no kakashi

One-legged scarecrow in paddy fields in the mountains

is powerful with a bow and arrow, but

crows laugh in the mountains.

Doesn’t he have ears, scarecrow in paddy fields in the mountains?

The song of kakashi, 案山子 is a song by the Ministry of Education published for the second grade of the common primary school in 1911. I learned the song in 1949. Even today, I can sing this song by myself.

In the first stanza, children feel thankful to the one-legged scarecrow for  protecting rice fields from birds and animals. They wish he could walk as he likes.

In the second stanza, it seems to children that scarecrows are laughed at by cawing crows in the mountains. They wonder if scarecrows have no ears.

This song is a childish world of thanks and humor.

Here, let me tell you about 102 haiku by Adjei.

In his haiku a scarecrow appears in African nature, such as drought, harmattan, hurricane, flood, forest fire, storm, and winter wind. The scarecrow has to survive these severe phenomena. His scarecrow has also his time in cultural events, such as All Saints Day, Halloween, Palm Sunday, ghost story, and World Charity Day. The scarecrow lives with birds, insects, and animals, such as crow, owl, bat, swallow, rodent, kingfisher, cricket, locust, fireflies, butterfly, termite, lizard, and bull.

The relation of a scarecrow with humans is the most important. The scarecrow appears in Adjei’s haiku with such people as grandpa, daddy, neighbor, farmer, farmer’s son, farmer’s child, farm owner’s children, peasant, ploughman, reaper, veteran, and bride.

How does a scarecrow spend a day in Adjei’s haiku? Keywords are these words: morning sun, first light, sunshine, light sun, settling sun, moon, moonlit, sickle moon, full moon, and stars. We find how the scarecrow leads his life under the heaven.

A scarecrow in the book spends harvest season, sometimes lives in rain and thunder, sometimes enjoys breeze, becomes a snowman in winter, remains dumb on what he sees, and ascends in the wind.

Lastly, we would like to express “Congratulations” on the publication of the book with the photo of the awarded haiku by Adjei Agyei-Baah.