On November 3, 2015, Hidenori Hiruta took part in the panel discussion of the Only One Kagoshima Tree Haiku Contest festival held as one of the 30th National Culture Festival Haiku events at the International University of Kagoshima.

Then, Hiruta had a chance to talk about the signatures of 106 haikuists from 15 different countries, who signed to support the initiative to have haiku recognized as important cultural world heritage at the Second International Haiku Conference in Poland, 17 May 2015, at the 19th Haiku Meeting in Croatia, 13 June 2015, and at Gathering of haiku poets in the Castle of Zrinski in Croatia, 12 September 2015.

Here are copies of PowerPoint used in Hiruta’s presentation. 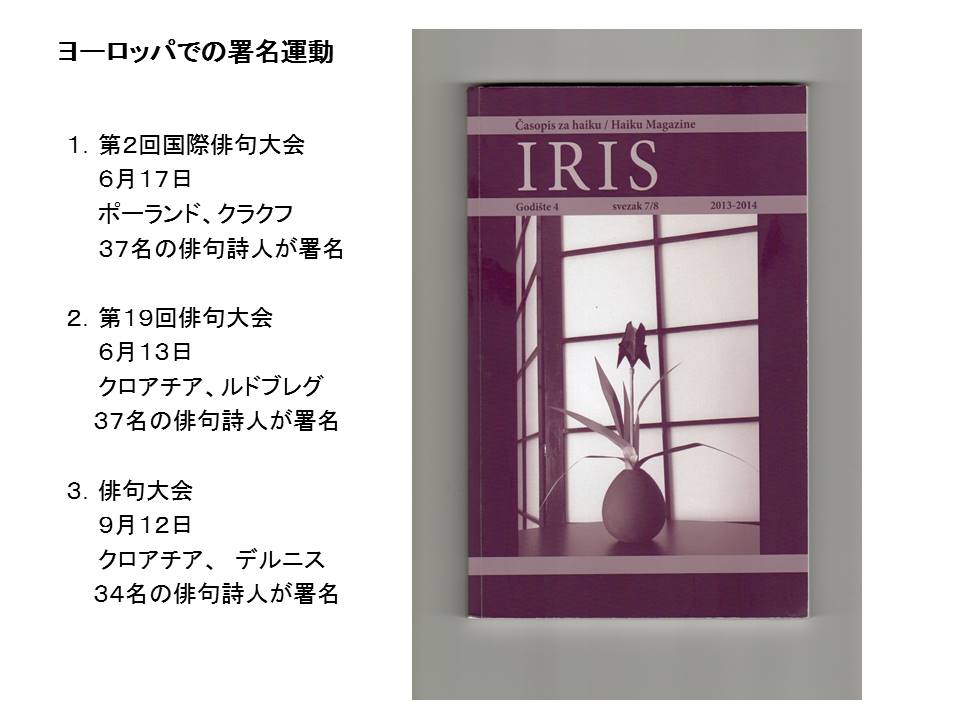 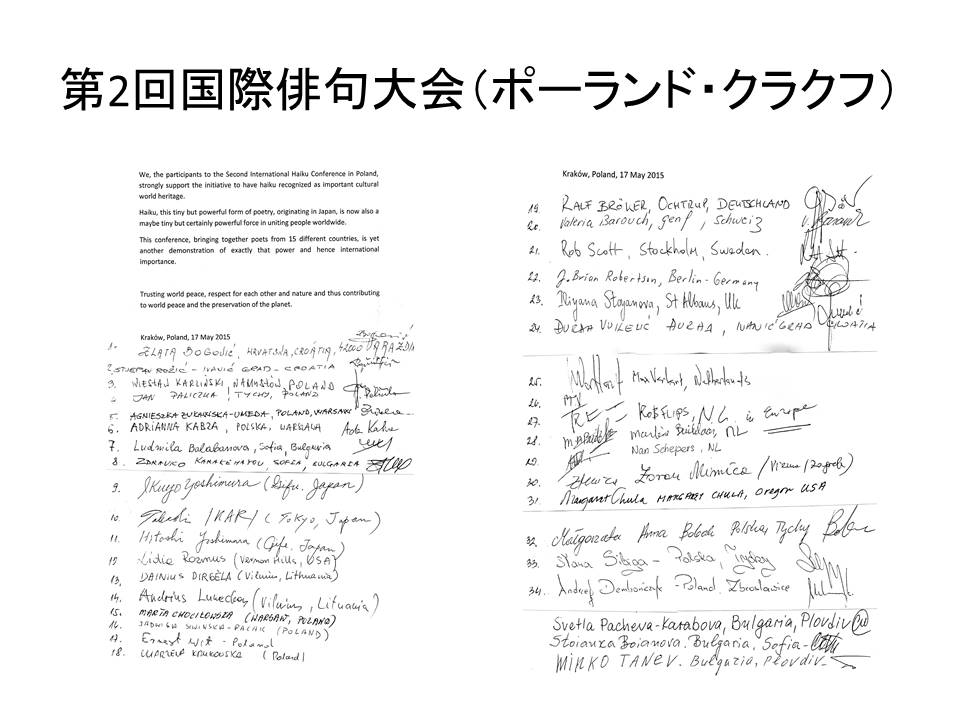 On May 17, 2015, the Second International Haiku Conference was held in Poland.

We, the participants to the Second International Haiku Conference in Poland, strongly support the initiative to have haiku recognized as important cultural world heritage.

Haiku, this tiny but powerful form of poetry, originating in Japan, is now also a maybe tiny but certainly powerful force in uniting people worldwide.

This conference, bringing together poets from 15 different countries, is yet another demonstration of exactly that power and hence international importance.

Trusting world peace, respect for each other and nature and thus contributing to world peace and the preservation of the planet.

Here is a list of the names of haikuists and their nationalities, who signed to support the campaign “Let haiku be on the UNESCO list!”

Lastly, here are two photo haiku Hidenori Hiruta made during his stay in Kagoshima （鹿児島）. He visited Shiroyama Observatory （城山展望台) on November 2, 2015.

The observatory was built on a hill that is 107 meters high. It has panoramic views of the center of Kagoshima and Sakurajima （桜島）. Kagoshima is called “Naples of the Orient,” due to climate, location, temperament of the inhabitants and the nearby presence of one of the world’s most famous volcanoes, Sakurajima. 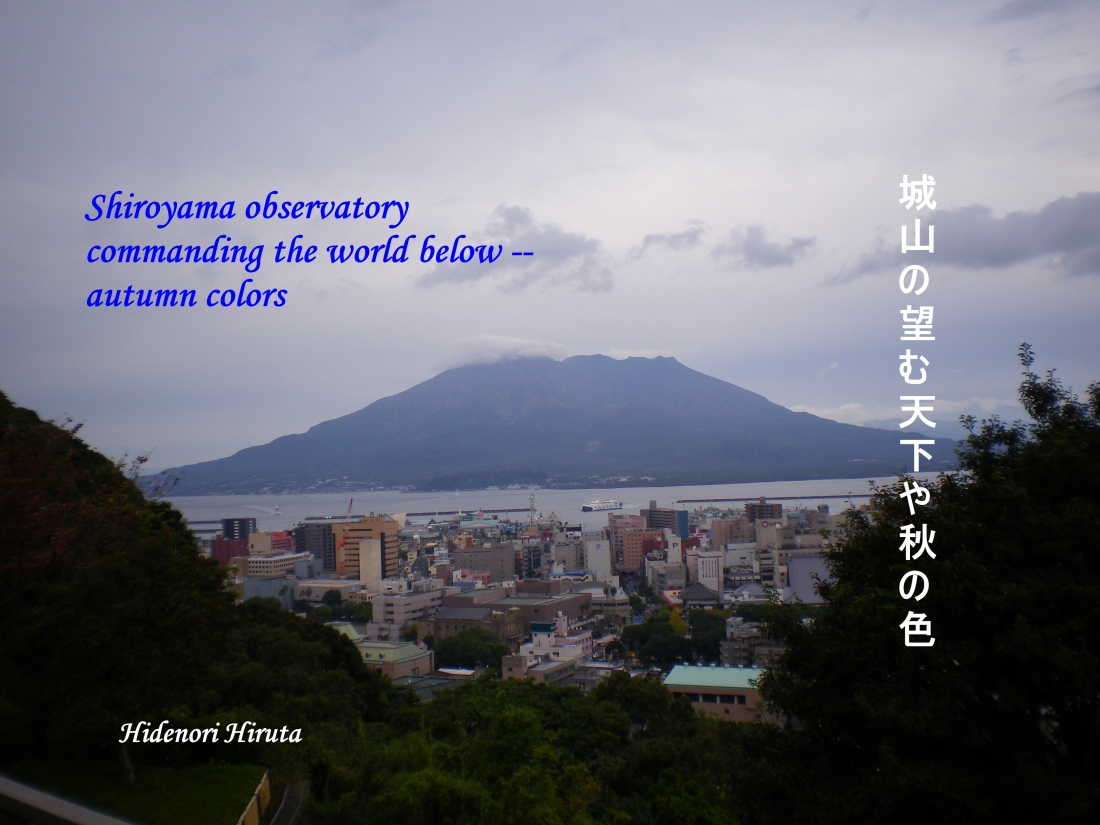 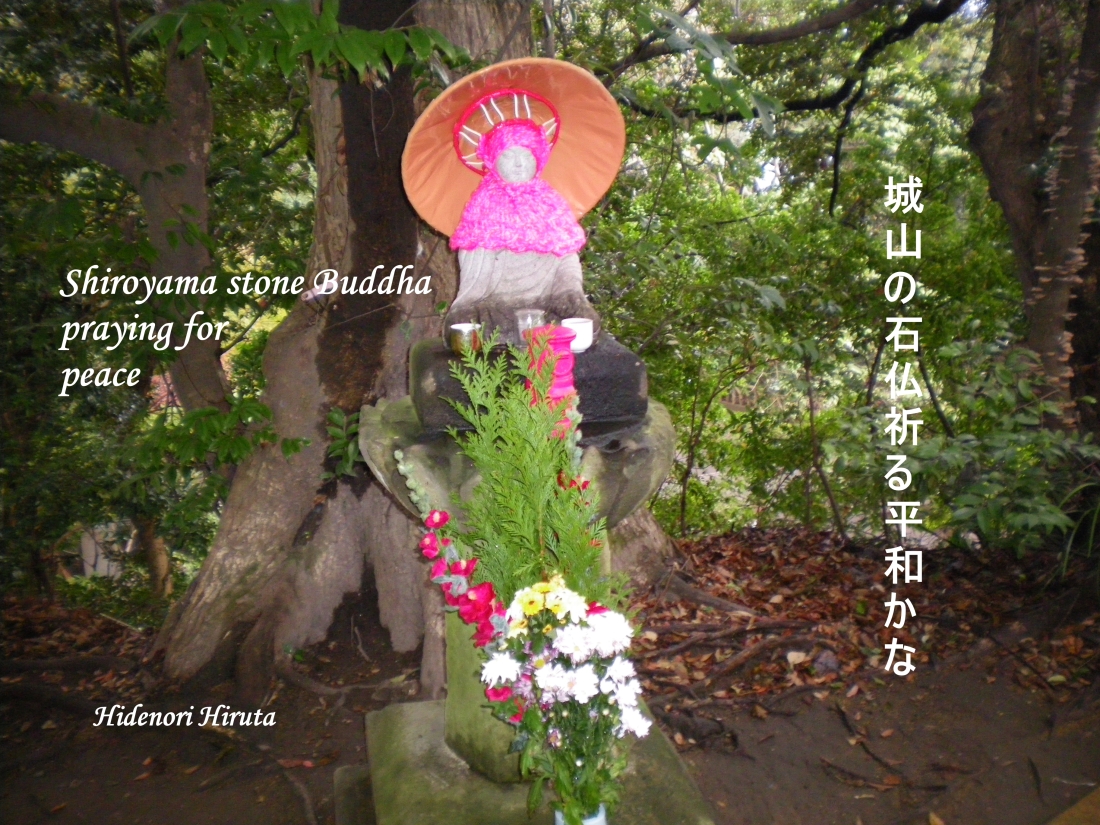