Haiku poets write haiku and sometimes say to themselves, “What is haiku written for?  What is the meaning of haiku in life?”

Some of those poets have their blogs in the hope that they will share haiku and exchange ideas or comments with each other on the Internet.

Gabi Greve, a German poet, writes haiku in Okayama, Japan. She has studied about the season words used in haiku, and the cultures of Japan.

Gabi Greve has presented us what she learns, in her blogs: ‘!Haiku and Happiness…..WELCOME!’, ‘World Kigo Database’, and ‘WASHOKU-Japanese Food Culture’.

only the sound of

This is a picture of their local Hachiman Shrine at Ohaga, Okayama prefecture.

My haiku sometimes has something to do with the cultures of Japan.

The HIA President Akito Arima (会長有馬朗人) always advises us to share haiku with each other on the Internet.

In the Bonden Festival in Akita, teams of young men carrying the bonden do their best to be the first to reach the shrine and place the bonden inside. 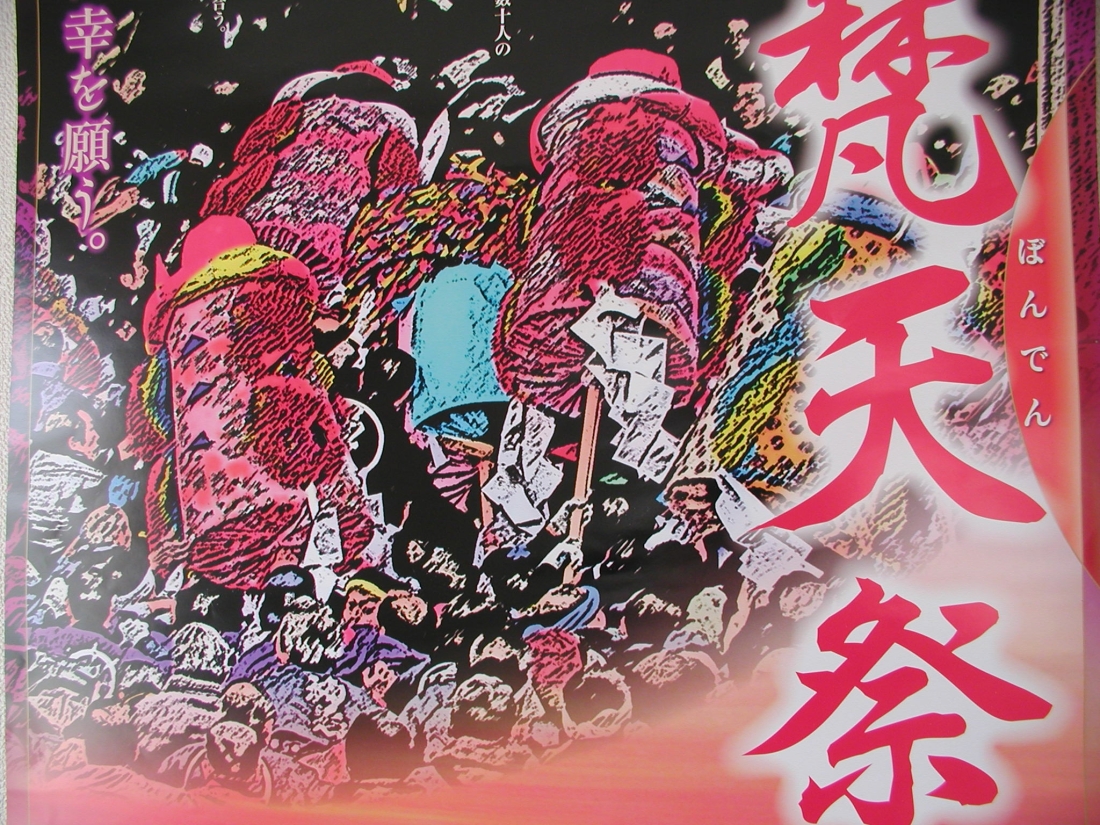 Afterwards they make an offering of the bonden to the god to pray for a bountiful harvest, prosperous business and the safety of their families during the year.

She has her blog ‘Roberta Beary’.

in newsprint the names

John McDonald writes haiku in Scots as well as in English in Edinburgh, UK.

He has a web-page of Scots haiku in his blog ‘zen speug’  which he tries to update daily.

He has his blog ‘SKETCHES FROM LIFE’.

and the coming new year

He has his blog ‘HAIKU BANDIT SOCIETY’.

He has his blog ‘POETIC RESONANCE’.

He has his blog ‘LITERARY RUMINATIONS’.

In the hour of disaster,

Do with your strong will

Ettore Mosciano writes haiku in English as well as in Italian in Rome, Italy.

the lark sings across the sky,

to comfort the Earth.

Last of all, let me post my haiku, a photo and some comments on my blog ‘AKITAHAIKU’.

too cold for the lute

Yuki no naka  biwa no ne kogoe  shijima e to

Magyar gave me such an instructive comment below, from Cape Cod, USA.

He writes Haiku, Senryu, and an occasional Haibun or Cinquain in his blog ‘Magyar Haiku’.

＿In my humble view, if linked, they could be seen as a very nice Sedoka（旋頭歌）… in the modern form. ＿m

this painting cannot be made

Juhani Tikkanen sent me his haiku as a comment from Turku, Finland.

He writes haiku in English as well as in Finnish in his blog ‘TIKKIS’.

onto an old snow

A happy Tiger’s Year for you, Hiruta san!

We wish you a fruitful HAIKU year!

The next posting, Haiku by Students at AIU, appears on January 30.